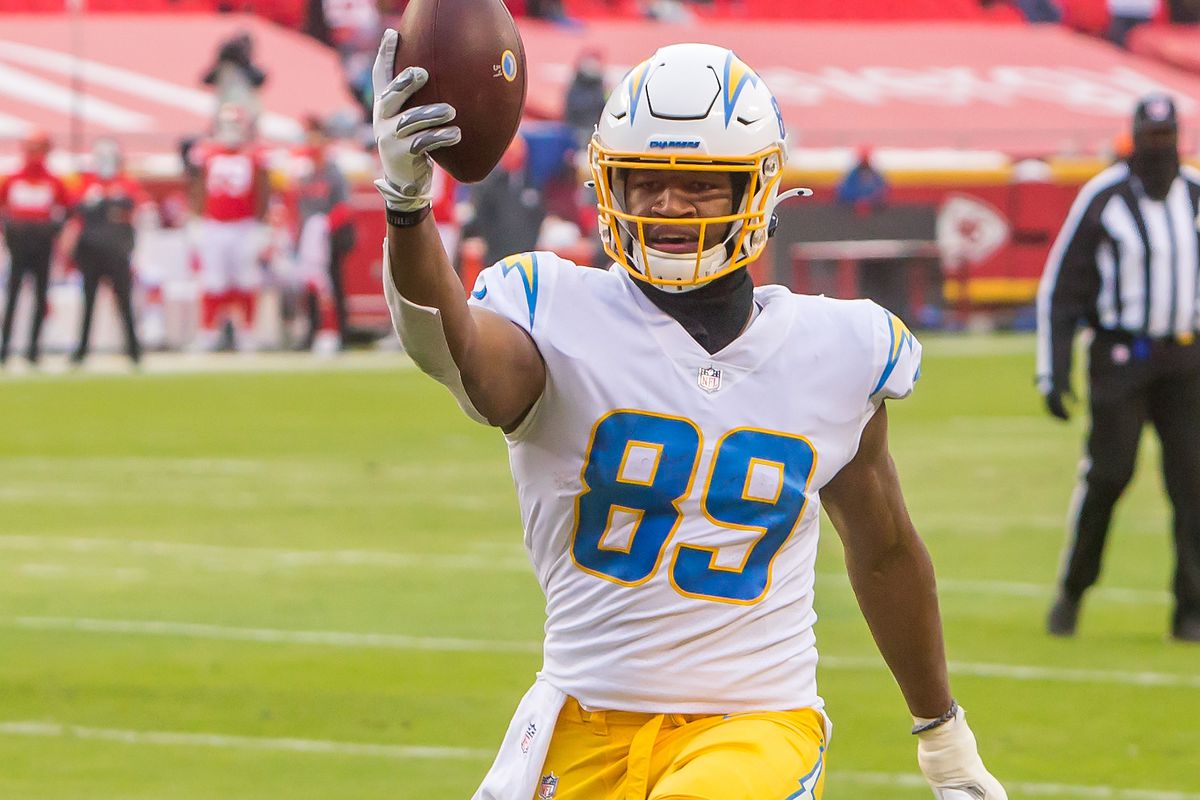 Chargers TE Donald Parham has signed his exclusive-rights tender, meaning he'll be back with the team for the coming season. ESPN's Jeremy Fowler reports that Parham is "healthy and expected to compete for the starting tight end job." Parham's 2021 season ended with the scary concussion against the Chiefs on Dec. 16. We'll be watching to see what role he's expected to fill this season, but it's tough to imagine he truly has a shot at the top job after the Chargers guaranteed $8 million of TE Gerald Everett's 2-year deal.

Parham back for 3rd preseason game

Chargers TE Donald Parham played 23 snaps in Saturday night's preseason finale, catching his only target for 5 yards. He missed the 2nd exhibition with a tailbone injury but is good to go for Week 1. Parham will open the season as Los Angeles' #2 TE behind Jared Cook.

Chargers TE Donald Parham missed Week 2 of the preseason with a tailbone injury. Per Daniel Popper of The Athletic, the 6’8 TE sustained his injury in practice on Friday. Slated to handle the #2 role behind Jared Cook, Parham had generated some camp buzz for his red zone work. We'll see when he returns to the field.

The Athletic's Daniel Popper believes Chargers TE Donald Parham is "going to have a big and influential role" in the offense this season. "He is lining up mostly detached from the formation, both out wide and in the slot," Popper writes. He goes on to add that Parham is still #2 on the depth chart behind TE Jared Cook -- but that "the Chargers have been featuring a heavy dose of two-tight end sets with both Cook and Parham on the field together." Parham will probably need to move past Cook to be a reliable fantasy play this year. But that's certainly within the realm of possibility. He's an intriguing late-round flier.

Parham in for bigger role?

Chargers insider Gilbert Manzano believes TE Donald Parham is in for an expanded role this season. Parham spent most of last year working behind TE Hunter Henry but tallied 5 catches for 84 yards and a score over the final 2 weeks with Henry out. Now Henry is gone to New England. The Chargers signed TE Jared Cook in free agency, but it sounds like Parham has been seeing lots of run with the starters in camp. "Parham has kept pace with Cook as one of [QB Justin] Herbert’s favorite targets in practice," according to Manzano. We'll be keeping a close eye on how Parham and Cook are deployed with the 1st-team offense in preseason action.