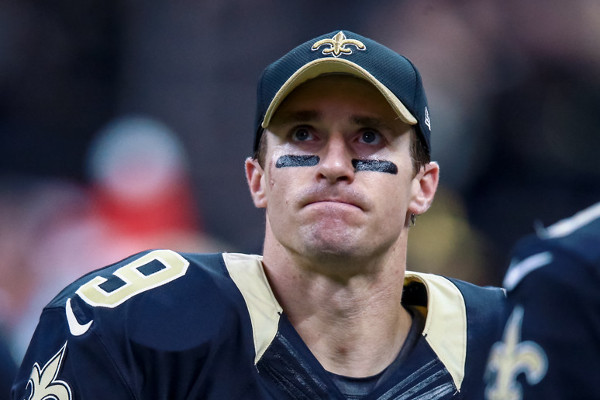 Saints QB Drew Brees has announced that he's retiring. It's a move we've all expected this offseason, removing the player who has started behind center in New Orleans for the past 15 years. Taysom Hill is the leading candidate on the current roster to replace him. Many expect Jameis Winston to return and compete with Hill. We'll see whether Winston re-signs with the team. Brees retires with the NFL record for career passing yards, but that won't stand for long with Tom Brady planning to play another 12 years.

Brees "likely" to retire after this season

Saints QB Drew Brees is "likely" to retire after this season, according to NFL Network's Ian Rapoport. The 42-year-old reportedly has a TV contract waiting from NBC. The Saints, meanwhile, would like to bring back QB Jameis Winston. "They love what they've seen in practice," Rapoport says. "They've seen the arm talent. They've seen all the skills that made him a #1 pick. They love the work ethic. They just haven't seen him show that he's learned mentally to cut down the INTs because he hasn't played." New Orleans also has QB Taysom Hill under contract for 2021.

Saints QB Drew Brees (ribs) is officially active for today’s game against the Chiefs. He’s historically been great at home and figures to find himself in a shootout vs. Patrick Mahomes. But Brees also carries elevated risk in his 1st game back from injury and without WR Michael Thomas. Consider him a risk/reward QB1 option.

ESPN's Adam Schefter reports that Saints QB Drew Brees (ribs) will start Sunday's game against the Chiefs. Brees has reportedly looked and felt good enough in practice this week and has been cleared by doctors to return. The 41-year-old averaged 265 yards and 2.1 TDs across 8 full games to open the season, completing 74% of his passes and averaging 7.4 yards per attempt. He figures to find himself in a shootout vs. the Chiefs this weekend. So, assuming he has WR Michael Thomas (ankle), Brees will be back in the low-end QB1 mix. His return is good news for Thomas and especially Alvin Kamara.

Saints QB Drew Brees (ribs) is "pushing to play" against the Chiefs this weekend, according to NFL Network's Ian Rapoport. Brees has reportedly improved quite a bit over the last few days and took some 1st-team reps in Wednesday's practice. We'll continue to keep a close eye on this situation. Brees' return would be good news for RB Alvin Kamara and WR Michael Thomas.