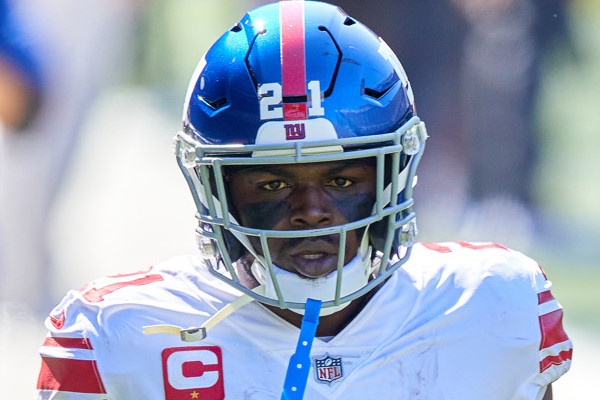 Former Giants S Jabrill Peppers is joining the Patriots on a 1-year deal. Peppers is still just 26 (until Oct. 4) and a former 1st-round pick, but he's likely headed for a reserve/rotational role with New England. His playing time dipped even before an ACL tear and high-ankle sprain ended his 2021 campaign early. Peppers lands in a crowded Patriots secondary. His best path back to IDP relevance would be if New England envisions some sort of hybrid safety-LB role for a guy who has played both and looks better in the box than in deep coverage.

The Giants announced Tuesday that S Jabrill Peppers will miss the rest of the season after rupturing the ACL in his right knee. Peppers also suffered a high-ankle sprain. The 26-year-old is set to hit free agency in March, so we'll see what 2022 holds for him.

The Giants have ruled S Jabrill Peppers out for Sunday's game against the Cowboys. He suffered a hamstring injury in the Week 4 win over the Saints that kept him from practicing this week. His absence can only help the tackle upside for fellow Giants DBs Logan Ryan and Xavier McKinney.

Giants S Jabrill Peppers left Sunday's game against the Saints with a hamstring injury. Despite having already been ruled out for the game, Peppers went out for the coin toss to begin overtime. We'll see about his outlook for Week 5 and beyond, but Peppers had already seen his playing time dip to a level that made him tough to play in IDP lineups.

Giants S Jabrill Peppers is active for today’s game against the Cowboys. He missed Week 4 with the low-ankle sprain and still carries some risk but is available for IDP lineups if you were planning to use him

Jabrill Peppers, S NE There is no dynasty data for this player.