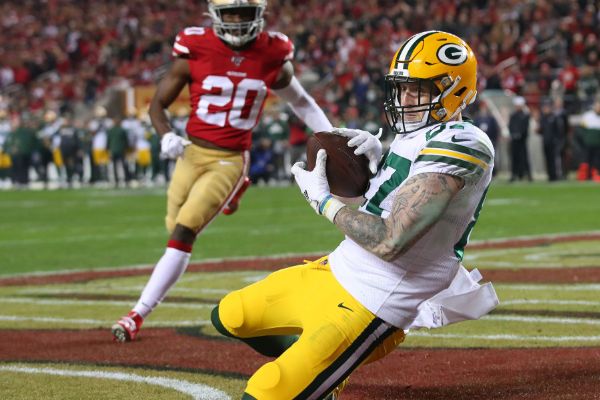 Washington TE Logan Thomas (hamstring) has been placed on IR. That knocks him out for at least the next 3 weeks, but NFL Network's Ian Rapoport reports that Thomas is expected to miss "at least 4 weeks." He can be dropped in shallower fantasy leagues. In a corresponding move, Washington signed former Packers TE Jace Sternberger. We'll see how snaps are divvied between Sternberger and Ricky Seals-Jones, who stepped in as Washington's lead TE after Thomas left last week's game.

Per Packers beat writer Zach Kruse, TE Jace Sternberger “isn’t a lock” to make the team. Kruse writes that the team “clearly wants more consistency” from the 25-year-old. Just last summer, Sternberger looked like a fantasy sleeper at TE. But injuries and the rise of Robert Tonyan now has Sternberger’s roster spot in jeopardy. Oh, and he’s also suspended for the first 2 games of the regular season after violating the league’s substance abuse policy. We'll be curious to see how Sternberger fares if given a fresh start elsewhere, but for now, he's off the fantasy radar.

Packers TE Jace Sternberger received a 2-game suspension for violating the league's substance-abuse policy. He released a statement admitting to falling asleep behind the wheel after mixing alcohol and anti-depressants back in February of 2020. It's the latest letdown in what's been a disappointing start to the 2019 3rd-rounder's NFL career. With Robert Tonyan locked in as Green Bay's lead TE, Sternberger is well off the redraft radar.

Packers TE Jace Sternberger sustained a concussion in Sunday's game against the Eagles. He's been a fantasy non-factor this season playing behind TE Robert Tonyan.

Packers TE Robert Tonyan (ankle) is listed as questionable for this weekend’s game vs. the Jaguars. He was added to the injury report and limited on Thursday — then didn’t practice at all on Friday. So it looks like Tonyan is in real danger of missing this one. His absence would make TE Jace Sternberger an intriguing flier.