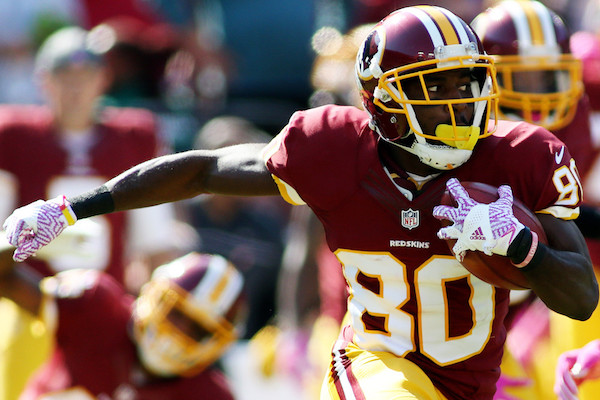 Crrowder was a 2021 letdown, but a poor environment and a pair of injuries played major roles.

While durability is a concern, Crowder, only 29, landed in a fine spot in free agency. If he can capture the Cole Beasley role — or something close — he’ll have a chance to emerge as a WR3/4 spot-starter in PPR formats.

For now, he’s best off as an end-of-roster stash.

Bills WR Gabriel Davis (ankle) is not expected to play vs. the Titans tonight, "barring a surprise," according to ESPN's Jeremy Fowler. "Team has held out hope but playing was considered an uphill battle since Saturday's injury," Fowler tweets. We'll see if Davis can make it back for this coming Sunday's game vs. the Dolphins. His absence figures to mean WR Khalil Shakir's debut, although the rookie is really only an option in DFS. Stefon Diggs, Isaiah McKenzie, Jamison and Dawson Knox are candidates for extra targets with Davis out.

Bills WRs Isaiah McKenzie and Jamison Crowder split slot duties in Thursday night's opener vs. the Rams. McKenzie ran a route on 55% of pass plays vs. Crowder's 32%, but Crowder out-targeted McKenzie 4 to 3. We'll continue to monitor this situation, but neither guy will be a reliable Week 2 fantasy play.

Bills WR Isaiah McKenzie suffered an undisclosed injury on Saturday and hasn't practiced since, according to ESPN's Alaina Getzenberg. GM Brandon Beane only said, "we'll see" when asked about McKenzie's availability for the Thursday night season opener vs. the Rams. We'll keep an eye on this and get Buffalo's first official injury report on Monday. Jamison Crowder would step in as the Bills' slot receiver if McKenzie can't go.

The Bills gave another indication Saturday that WR Isaiah McKenzie leads the competition for the starting slot job. McKenzie didn't play in the preseason opener against the Colts. Jamison Crowder, on the other hand, opened the game running with the 2nd team. We've been treating McKenzie as the leader here pretty much since training camp opened.

McKenzie working ahead of Crowder

Bills WR Isaiah McKenzie got off to a strong start of training camp. But it came with WR Jamison Crowder sidelined. Crowder is back now, though, and McKenzie has continued to work with QB Josh Allen and the 1st-team offense, according to The Athletic's Joe Buscaglia. "Perhaps it’s a sign of where the competition stands or that they’re letting Crowder crawl before he walks in coming back from an injury," Buscaglia adds. "But it’s also a continuation of what we’ve seen previously when both players were healthy, which shows how great of a chance McKenzie has to win the job." This battle isn't over yet, but McKenzie continues to look like the favorite to be Buffalo's Week 1 starting slot receiver.