9 Guys Who Can Win You a Fantasy Championship 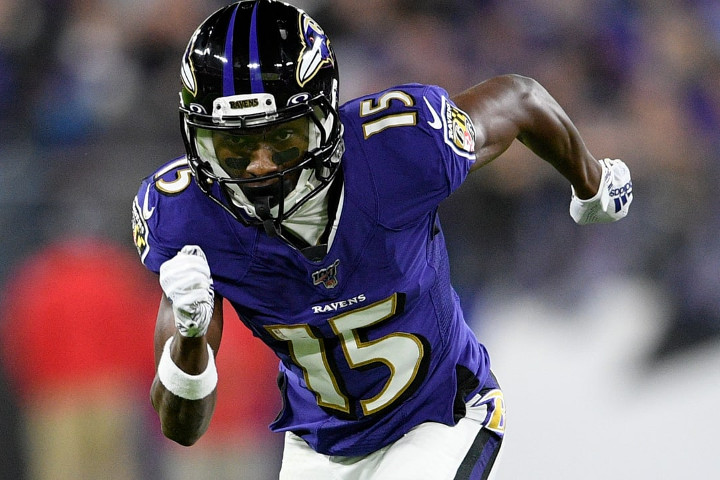 But who are the guys you GOTTA have on your team?

We asked each member of the Draft Sharks staff for 3 guys that they’re targeting in every draft.

9 guys who could win you a 2020 fantasy championship.

Highlight these dudes on your cheat sheet.

Schauf: Patrick Mahomes and Lamar Jackson delivered huge, difference-making points for fantasy owners the past 2 years. But they wouldn’t have made such big differences if you had drafted them early.

The final piece that them such season-altering draft picks was that you could draft the eventual QB1 for each of those seasons outside the position’s top 12. Mahomes finished summer 2018 with a QB15 ADP. Last year gave us Jackson at QB16.

It’s rarely difficult to look outside the top 12 and find QB value. But a guy with the upside to lead the position? Well, Newton has already displayed that. Here are his annual fantasy finishes from 2011 through 2018:

Sure, this year brings additional questions. Newton’s coming off foot surgery. He joined a new team, with a pretty raggedy group of pass-catchers.

But we’ve seen Newton overcome raggedy pass-catching groups many times. And we’ve seen the Patriots coach up a variety of players at varying positions to sustain their absurd streak of success.

Now we can buy the combo of Newton + OC Josh McDaniels at QB16, into Round 14 of even FFPC drafting.

There’s no downside to Newton in backup-QB territory of your draft -- only the upside that you landed this year’s league-winning QB.

Well, it’s arrived. Joe Burrow provides a massive QB upgrade. From all accounts in training camp, he’s been as advertised.

The top 5 or 6 RBs are largely set in stone, but beyond them, I’ll plant my flag with Mixon.

Smola: His situation reminds me of Miles Sanders’ last year: A talented rookie set to open the year behind a veteran in a strong offense. Sanders, of course, got off to a slow start before scoring as a top-12 fantasy back over the 2nd half of the season.

I think we’ll see a similar story play out with Dobbins. Mark Ingram remained effective last year and will open as Baltimore’s lead back. But he’ll turn 31 in December, so the cliff can’t be far off. Any slip-up from Ingram will give Dobbins the chance to take the lead job and run with it.

The 5’10, 212-pounder is a downhill, no-nonsense runner. He also took the majority of his carries at Ohio State last year on run-pass option plays. Those are a staple of the Ravens offense. Simply put, Dobbins looks like a perfect fit in Baltimore.

The rookie has already shown he belongs, earning consistent praise for his running and pass-catching ability at training camp. HC John Harbaugh said earlier this week that Dobbins will have a "significant" role this season. I expect him to be a RB3/Flex option out of the gate — with a good chance to emerge as a fantasy difference-maker later on.

Smola: I’ve been driving the McLaurin Bandwagon around these parts all offseason. And nothing that’s happened this summer has changed my mind. In fact, I’m even more excited about him now.

Washington lost WR Kelvin Harmon — who was the favorite for #2 duties — to a torn ACL in July. QB Dwayne Haskins quietly had an encouraging training camp, showing continued growth after playing well late last season. And word is that new OC Scott Turner wants to play fast this year. That should mean a big uptick in plays after Washington ran a league-low 885 offensive snaps last season.

So all signs point to heavy volume for McLaurin. He’s coming off a super impressive rookie campaign. And if Haskins takes another step forward, it’s wheels up.

McLaurin is still regularly available in the 5th round of drafts.

English: Pair Brown’s world class speed with an emerging star in Lamar Jackson, and you have the potential for a huge breakout.

We should see more week-winning lines this fall, especially now that he’s fully over his Lisfranc (foot) issue. Recall that he missed a chunk of last offseason due to the injury. HC John Harbaugh said Brown was rarely 100% in his debut season.

Admittedly, there’s not a high target ceiling here. Baltimore’s run-heavy offense isn’t going anywhere. Still, Brown’s explosive ability will put less emphasis on volume. And if he can get up around 110 targets — look out.

If he can just stay healthy …

That’s the sticking point with Fuller. And it’s a fair concern. He’s missed 22 games over the past 4 seasons — a bunch with hamstring trouble.

DeAndre Hopkins’ departure leaves behind a ton of opportunity. 150 targets from last year, to be exact. So look for Fuller to easily set a career high in targets per game this season.

And when Fuller has gotten volume, he’s been a fantasy monster. In 11 career games with 8+ targets, he’s averaged 6.2 catches, 97 yards and .82 TDs per game. That’s 20.8 PPR points, which would have ranked 2nd among WRs last year.

That’s the upside you’re getting here.

Schauf: Could I go with a more exciting player here?!?

I know you’re looking at Crowder as a mere “floor” play, and that’s why he’s lingering on draft boards until after 40 other wideouts have been drafted. But here’s the thing: He has already displayed the attractive ceiling we need.

From Week 6 on last year -- Sam Darnold’s return from mono -- Crowder ranked 15th among PPR receivers. And he didn’t do so by simply finishing 25th every week while others peaked and cratered. Crowder delivered 5 top-12 finishes among those 10 contests -- plus another in Week 1, before Darnold went down.

He finished his 1st Jets season 9th among all wideouts in target share and heads into Year 2 with a similarly rosy volume outlook. Breshad Perriman’s dealing with a knee injury. Rookie WR Denzel Mims missed most of camp. TE Chris Herndon returns, and RB Le’Veon Bell remains a key target. But there’s plenty available for the Jets’ lead receiver, with a target ceiling well beyond what we’ve projected for him.

Schauf: Good luck finding someone who doesn’t think the Cowboys will put forth a top offense this season. And yet their new starting TE continues to go absurdly late.

I already know what your main concern is for Jarwin. Isn’t he just the 5th option in a loaded Dallas passing game? Well, Jason Witten ranked 10th among all TEs in targets last year (83). He tied with Randall Cobb for 3rd among Cowboys -- 30+ behind both Amari Cooper and Michael Gallup and 12 ahead of Ezekiel Elliott. And Witten did that with Jarwin drawing 41 targets of his own.

CeeDee Lamb looks like an obvious upgrade over Cobb. But this Dallas offense looks built to stay around the 58% passing share of last year, when the Cowboys attempted the league’s 10th most passes. Perhaps the arrival of HC Mike McCarthy even nudges that up a bit. His Packers teams averaged a 60% passing share, finishing with 3 straight years at more than 61%.

Why would Jarwin fall behind Elliott in targets? And what’s Lamb going to get as the 3rd WR?

Really, we don’t even need to answer that. Cobb, Witten and Jarwin combined for 207 targets last season. That number can easily feed both Lamb and Jarwin heartily in 2020.

Dallas re-signed Jarwin at a higher salary than they needed to, given his restricted free-agent status. They let Witten walk in free agency. And they added nothing else meaningful to the position.

And, most importantly, Jarwin is a key piece that you can buy on the cheap. He still sits just 19th in TE ADP. He’s 12th in our PPR rankings. And he’s top 10 across formats in my own TE projections.

How high does his ceiling climb? I don’t even know. That’s part of the fun.

English: What’s not to love here? Smith combines versatility, yards-after-catch ability and newfound opportunity to become my favorite TE target. Being in a contract year is just a bonus.

This guy is a rare talent with the potential to see 90+ targets. An injury to A.J. Brown or Derrick Henry would really solidify Smith’s volume. 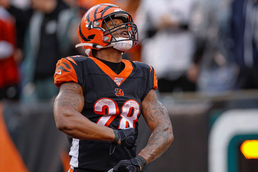 Should you Trust Joe Mixon to Rebound in 2021?

Mixon bottomed out in 2020. With a coaching staff on the hot seat, 2021 might be a make-or-break year for the young RB.