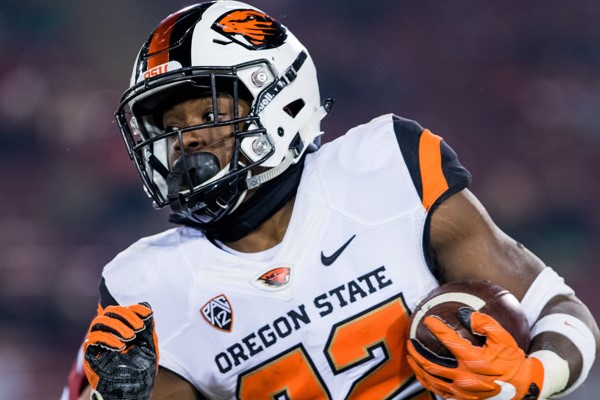 Lions RB Jamaal Williams was not activated from the COVID list and is out for today’s game vs. the Cardinals. That again leaves Detroit’s backfield to Craig Reynolds, Godwin Igwebuike and Jermar Jefferson. Reynolds led the way with 11 carries and 2 targets last week, but HC Dan Campbell hinted that Jefferson could have a bigger role today. Reynolds is the best fantasy bet, but you should try to avoid this backfield.

Lions RB Jamaal Williams has been placed on the COVID list and won't play vs. the Broncos on Sunday. RB D'Andre Swift (shoulder) has been ruled out. That leaves Detroit with RBs Godwin Igwebuike and Jermar Jefferson. It's completely unclear how carries will be divvied, but Igwebuike played on passing downs last week, so he's the better fantasy play if you're forced to invest here. Avoiding the backfield is your best bet, though.

Kyle Meinke of MLive.com reports that Lions RB D'Andre Swift has "missed significant practice time while nursing a sore groin." According to Meinke, Swift has been on the field "almost every day" but generally sits out 7-on-7 and full-team work. Detroit clearly isn't too worried about the situation, or the team would have Swift sitting out altogether. But it'll certainly be an issue to monitor going forward. The Lions also watched rookie RB Jermar Jefferson leave Monday's practice with a leg injury. Meinke reports that Jefferson has been "having a nice camp." We'll see how long he's out and what role the rookie fills in preseason games.

The Lions drafted RB Jermar Jefferson in Round 7. Jefferson broke out as a true freshman with 239 carries for 1,380 yards (5.8 YPC) and 12 TDs. He added 25 catches that year, although he totaled only 18 receptions over his final 2 seasons. Jefferson’s rushing production dropped in 2019, partly because of foot and ankle injuries. Last year he rebounded on the ground to post 133-858-7 (6.5 YPC) in 6 games. The tape shows a runner with plus vision, but there is some concern over his athletic profile. Jefferson posted a 7.38-second 3-cone (8th percentile), a 4.38-second short shuttle (28th percentile), a 31-inch vertical (10th percentile) and a 115-inch broad jump (25th percentile). In Detroit, he could be battling Kerryon Johnson for a 2021 roster spot. With D'Andre Swift and Jamaal Williams -- at least -- ahead of him, we wouldn't bother with Jefferson in dynasty rookie drafts.