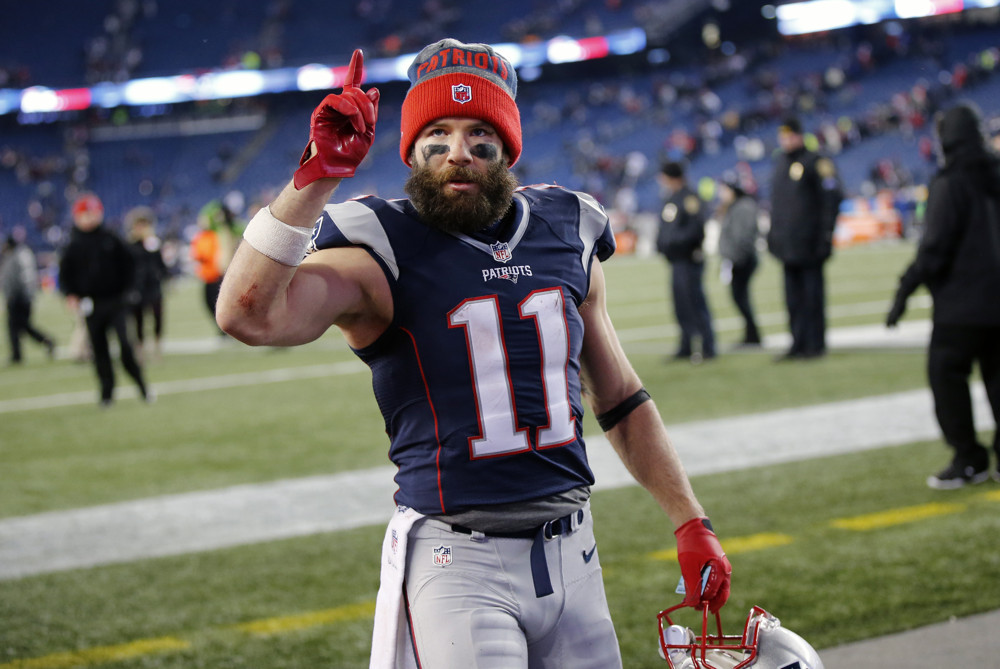 Patriots WR Julian Edelman announced his retirement. It's not surprising news if you've been following the reports on his knee trouble. Edelman finishes an 11-season career with 620 catches, 6,822 yards and 36 scores. He had some monster performances in the postseason, including 9-109-1 and 10-141 lines in the Super Bowl. The Patriots likely had a good idea that Edelman was done and added WRs Nelson Agholor and Kendrick Bourne in free agency.

The Patriots signed WR Kendrick Bourne to a 3-year, $22.5 million contract, according to NFL Network's Ian Rapoport. Bourne spent the past 4 years in San Francisco and is coming off his best season as a pro -- but one that still amounted to just 49 catches for 667 yards and 2 scores. He might find a bit more opportunity in New England but still seems unlikely to emerge as a real fantasy asset. The Patriots have now added Bourne, WR Nelson Agholor and TE Jonnu Smith to their pass-catching corps on the 1st day of free agency. That doesn't bode well for WR Julian Edelman, who's uncertain for 2021, or WR N'Keal Harry. WR Jakobi Meyers' stock has also taken a hit today.

Patriots WR Julian Edelman is still "trying to work his way back" from the knee injury that cost him the final 10 games of last season, according to NFL Network's Ian Rapoport. We never got any details on that injury, but it was obviously significant. Edelman wants to play in 2021, per Rapoport, but it's unclear if his knee will let him. We'll keep an eye on the situation, but Edelman is hardly worth even a late-round dart in early fantasy drafts.

Edelman not expected to return this year

The Patriots aren't expected to activate WR Julian Edelman for tonight's game against the Bills, and NFL Network's Ian Rapoport reports that it's "unlikely" he returns for Week 17. We'll see whether that means the end of the 34-year-old's career. New England will close out the year with Jakobi Meyers, Damiere Byrd and N'Keal Harry as its top 3 wideouts.

Patriots WR Julian Edelman has been placed on the COVID list. He's been out since Week 7 and remains on IR with his knee injury. You can continue to ignore him in fantasy football.

Julian Edelman, WR UNS There is no dynasty data for this player.