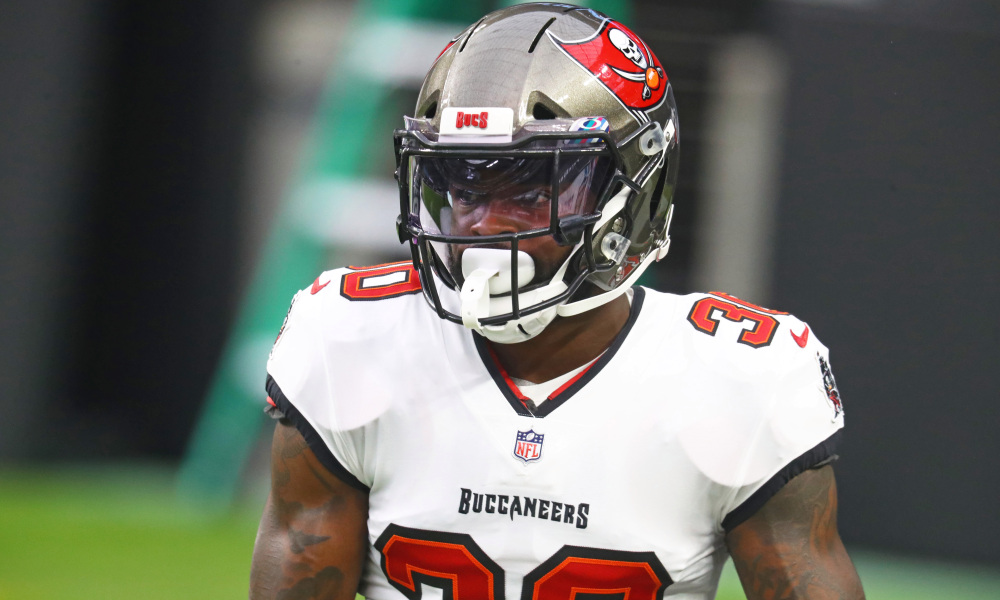 Bucs RB Ronald Jones (ankle) is out for Sunday’s game vs. the Panthers. With RB Leonard Fournette still on IR with his hamstring injury, Tampa is down to RBs Ke’Shawn Vaughn and Le’Veon Bell. We’re expecting a committee attack, with Vaughn leading in carries and Bell in targets.

Bucs RB Ronald Jones (ankle) did not practice on Wednesday. RB Ke'Shawn Vaughn (ribs) was a full-go. It's looking like we'll get a Vaughn and Le'Veon Bell Bucs backfield vs. the Panthers this weekend.

Bucs RB Ke’Shawn Vaughn suffered a rib injury in the 4th quarter of Sunday's win over the Jets, HC Bruce Arians said. Tampa lost RB Ronald Jones to an ankle injury earlier in the game, leaving Le'Veon Bell as the team's top RB. We’ll look for updates on Vaughn and Jones on Monday.

The Bucs are set to sign RB Le'Veon Bell, NFL Network's Tom Pelissero reports. Bell appeared in 5 games for the Ravens earlier this season -- and looked washed up, mustering just 2.7 yards per carry. The Bucs are expected to be without RB Leonard Fournette (hamstring) for the rest of the regular season, according to ESPN's Adam Schefter, so Bell provides some depth. He might immediately slot in ahead of RB Ke'Shawn Vaughn. But Bell isn't a threat to RB Ronald Jones and won't be a fantasy option without a Jones injury.

Bucs RB Leonard Fournette's hamstring injury is not "major," according to NFL Network's Ian Rapoport, but he could miss "a game or two." It sounds like we should at least expect Fournette to miss this weekend's game vs. the Panthers. We'll see if he can make it back for Week 17's tilt with the Jets. Ronald Jones will operate as Tampa's clear lead ball-carrier for however long Fournette is out, but it's worth noting that he lost some passing-down to RB Ke'Shawn Vaughn in the loss to the Saints.