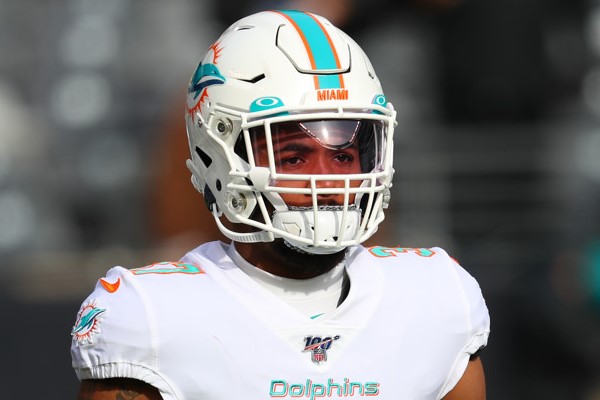 Dolphins Jeff Wilson Jr. (hip) is active for today’s game vs. the Packers. He was limited in practice all week and listed as questionable, so it’s unclear how big a role he’ll play in this one. Consider Wilson a risk/reward RB3 in the plus matchup. RB Raheem Mostert remains the best bet in Miami’s backfield. RB Myles Gaskin is a healthy scratch.

Dolphins RB Jeff Wilson (hip) is inactive for tonight's game against the Bills. Raheem Mostert will operate as the clear lead back, with Myles Gaskin and Salvon Ahmed behind him.

Dolphins RB Raheem Mostert (knee) is inactive for today’s game vs. the Texans. That leaves Jeff Wilson as Miami’s clear lead back in a dream matchup. He’s a RB1 play today. RBs Salvon Ahmed and Myles Gaskin are active behind Wilson.

Chubb to Miami; Edmonds to Denver

The Dolphins are sending RB Chase Edmonds and 2 draft picks to the Broncos for EDGE Bradley Chubb. The Broncos are getting a 2023 first-rounder that initially belonged to San Francisco, as well as a 4th-rounder in 2024. Miami will get a 5th-rounder in 2025. Chubb upgrades a Dolphins pass rush that ranks just 23rd in sacks and has dealt with some injuries. He's in the final year of his rookie deal, so we'd bet on an extension following. Edmonds played his way out of the starting backfield gig in Miami but lands in a Denver offense that presents opportunity. We'll see about the team's RB plans coming out of the Week 9 bye, though we wouldn't bet on any of the Denver backs truly taking over. Chubb's departure should mean more playing time for 2nd-round rookie EDGE Nik Bonitto, who has 1.5 sacks over his past 2 games. Myles Gaskin looks like the #2 RB in Miami now.