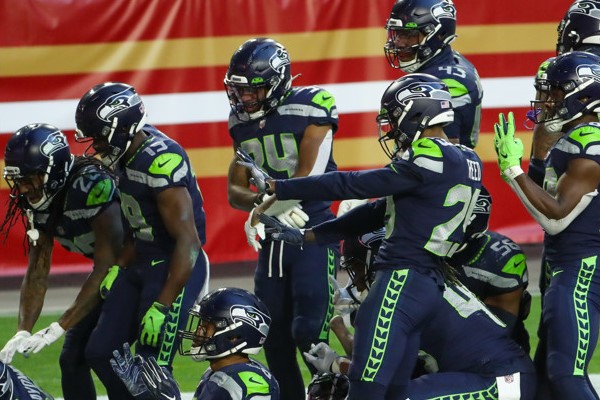 Seahawks S Quandre Diggs (knee) is active for today's game against the Falcons.

Seahawks S Quandre Diggs (knee) is questionable for Sunday's game against the Falcons. He started the week sidelined but progressed to a limited Thursday and then a full Friday workout. We'll check Diggs' status Sunday, but he seems to be trending toward playing. Seattle did rule out DL Shelby Harris (glute).

ESPN's Brady Henderson reports that Seahawks S Jamal Adams will miss the rest of the season with what Henderson calls an injury to the quadriceps tendon in Adams' left leg. The veteran is set for surgery. We'll see about further details of the injury and the expected return timeline. Josh Jones is the next man up at safety for Seattle.

Seahawks S Jamal Adams left in the 2nd quarter of Monday night's game against the Broncos after injuring his left knee. Adams went from the sideline to the locker room on the cart, and ESPN reported that he was clearly upset. The team called him doubtful to return. We'll see about the diagnosis.

Adams to play through broken finger

Seahawks S Jamal Adams broke a finger on the 1st day of training camp. After getting multiple opinions, he'll return to practice with a "special cast" and a club on the hand, according to NFL Network's Ian Rapoport. It's also "likely" that Adams will need surgery after the season. We'd bet on Adams not being hampered overall by the finger, though playing with a club necessarily makes intercepting passes more difficult. Adams will certainly remain draftable in IDP leagues but doesn't stand out as a target in our DB rankings.

Seattle Seahawks, DEF SEA There is no dynasty data for this player.