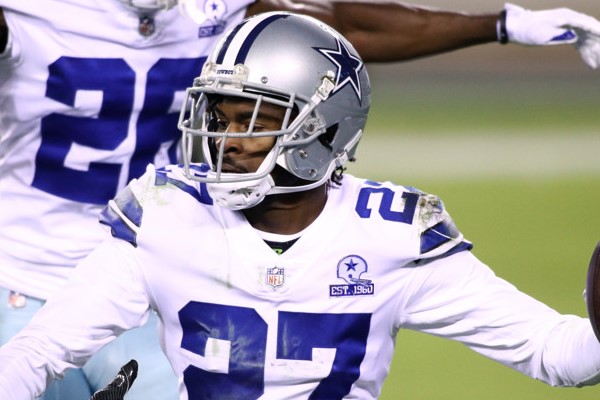 Diggs questionable but expected to play

Cowboys CB Trevon Diggs (illness) is questionable for Sunday night's game against the Colts. He missed the 1st 2 days of practice but returned for a limited workout Friday. HC Mike McCarthy said he expects Diggs to play, according to NFL.com.

Speaking to Sports Illustrated, WR Stefon Diggs said he wants to finish his career in Buffalo. The 28-year-old mentioned how it would be a “dream” to team up with his brother, Cowboys DB Trevon Diggs, but that’s unlikely in the short-term. Stefon, of course, signed an extension in April that keeps him under contract through the 2027 season, so his words match his actions. (Trevon is signed for 2 more seasons.) If the Bill plays out his entire contract, he'll be a 35-year-old free agent.

Cowboys downgrade Diggs, Kearse to out

The Cowboys on Friday downgraded CB Trevon Diggs and S Jayron Kearse from questionable to out. The Dallas secondary will also be without CB Anthony Brown, who landed on the COVID list. These are good developments for the DFS upside of Eagles QB Gardner Minshew and whichever WRs are playing Saturday