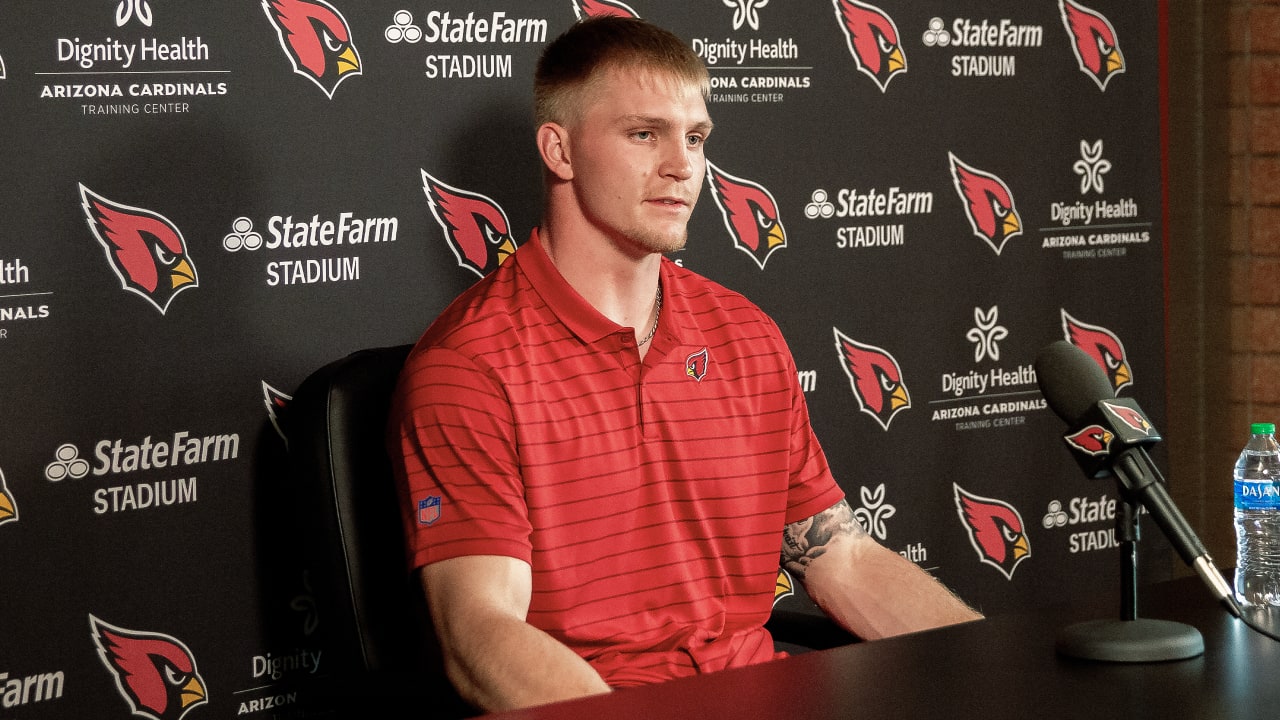 The Cardinals have already ruled WR DeAndre Hopkins (knee) out for this week. Without Hopkins last Sunday, TE Trey McBride and WR Greg Dortch tied for the lead with 25% target share apiece. WR Marquise Brown checked in 1 target behind them. Week 18, however, will find a much tougher defense in San Francisco. Check our Week 18 fantasy football rankings to see where everyone has landed.

Cardinals TE Trey McBride racked up 7 catches for 78 yards and the team's only TD in Sunday's narrow loss to the Falcons. He tied WR Greg Dortch for the team target lead (10), with QB David Blough making his 1st start -- Arizona's 4th different starting QB this year. The rookie TE topped his previous highs by 3 receptions and 23 yards, finding the end zone for the 1st time as a pro. McBride will be an interesting fantasy prospect for 2023. Veteran TE Zach Ertz has 1 year left on his contract, but he also carries a $12 million salary vs. $4 million in dead cap space if the team releases him. We'll see what the Cards do this offseason and where McBride settles in early best-ball drafts.

Dortch not expected to play

Cardinals WR Greg Dortch (thumb) is not expected to play Sunday against the Chargers, according to ESPN's Adam Schefter. That will leave Arizona without its top 2 slot WRs. That leaves target opportunity for TE Trey McBride.

NFL Network's Ian Rapoport reports that Cardinals TE Zach Ertz is done for the season with the knee injury that knocked him out of Sunday's game. That makes room for rookie Trey McBride to lead the position in Arizona the rest of the way. Ertz's target shares have been variable since WR DeAndre Hopkins returned, so don't consider McBride a high-level fantasy option. But he's a talented pass-catcher who could present some value for deeper formats.

Cardinals TE Zach Ertz is expected to miss "multiple weeks" with the left knee injury he suffered in Sunday's win over the Rams, according to ESPN's Adam Schefter. The team believes Ertz's ACL is intact, but he's scheduled for an MRI on Monday. We should get another update then, but Ertz owners need to start making other plans at least in the short term. Rookie TE Trey McBride will step in as Arizona's lead TE for however long Ertz is out. He's worth stashing in deeper fantasy leagues, although we wouldn't trust him in Week 11 fantasy lineups.

The NFL told us that McBride is easily the top TE in this class. He went with the 55th overall pick of the 2022 draft – 18 spots ahead of the TE2 (Jelani Woods). McBride averaged 7 catches and 91 yards per game over his final 2 seasons at Colorado State and looked like a terrific receiver on tape. He showed little as a rookie -- despite a season-ending injury to TE Zach Ertz. We don't consider Ertz a lock to return for 2023.