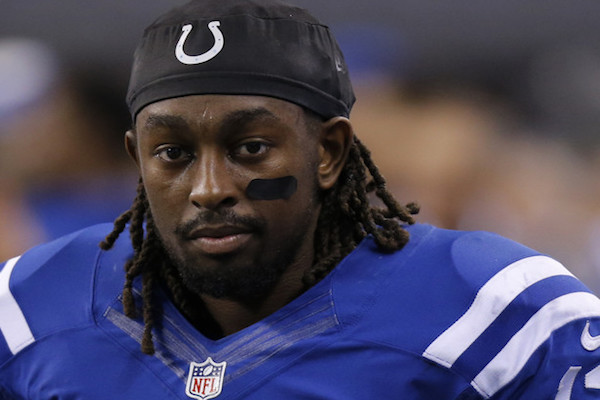 Week 13
T.Y. Hilton is slowly getting healthy, which is great news for the Colts offense. The Colts have struggled for playmakers in the receiving corps behind Michael Pittman. After Pittman’s 94 targets, only Zach Pascal (61) has more than 50 targets on the season. This lack of weapons hasn’t made a major impact on the Colts winning games as they have been able to dominate on the ground. As they play better teams that gear up to stop the run, Hilton should play a vital role in helping the pass game behind Pittman.
A big takeaway from Week 13 that we should monitor moving forward is this week marked the first game that Hilton ran more routes than Zach Pascal since his return. This is good sign for his prospects coming out of the bye week. Hilton isn’t on the fantasy radar just yet, but he’s a name to monitor as he could be an asset down the stretch if healthy.
Week 6
Hilton led the Colts in targets (4), receptions (4) and receiving yards (80) in his 1st game back from IR following neck surgery. But he also left early with a quad injury that at least sidelined him to start the next practice week.

Hilton’s immediate usage makes him a worthwhile stash if you have the room, but he’s not a must-hold if you need the spot for more immediate help. We're still betting on Michael Pittman as the lead target here.

Going on 32, Hilton looks like a player in decline. He ranked just outside the top 40 WRs across fantasy scoring formats last year after missing 6 games with multiple injuries in 2019.

The Colts gave him a 1-year, $8 million deal and didn’t make any significant WR additions this offseason, so they’re evidently optimistic that Hilton has 1 more good season left in him. We’re not as optimistic but will keep an eye on Hilton and his rapport with new QB Carson Wentz this summer.

Colts WR T.Y. Hilton (concussion) is not listed on the final injury report after putting in full practices on Thursday and Friday. Hilton will play in a plus matchup vs. the Jaguars this weekend but remains a risky fantasy option. He’s played in 2 games this season and left both with injuries.

Colts WR T.Y. Hilton (concussion) put in a full practice on Thursday. He's on track to return for this weekend's game vs. Jacksonville. Hilton has played in just 2 games so far this season -- and he exited both early with injuries. He'd be tough to trust in Week 10 fantasy lineups.

Colts WR T.Y. Hilton (concussion) was limited in Wednesday's practice. He seemingly has a shot to be cleared for this weekend's game vs. the Jaguars. Check back tomorrow for another update.

Hilton will miss Week 9 with concussion

Colts WR T.Y. Hilton sustained a concussion in Sunday's loss to the Titans and will miss Thursday night's game vs. the Jets, according to The Athletic's Zak Keefer. We'll see if Hilton can get cleared for Week 10. Michael Pittman and Zach Pascal will again operate as Indy's top 2 WRs on Thursday night.

Colts WR T.Y. Hilton exited in the 4th quarter of Sunday's game vs. the Titans to get checked for a concussion. His status hasn't been updated since. We should learn more tomorrow.