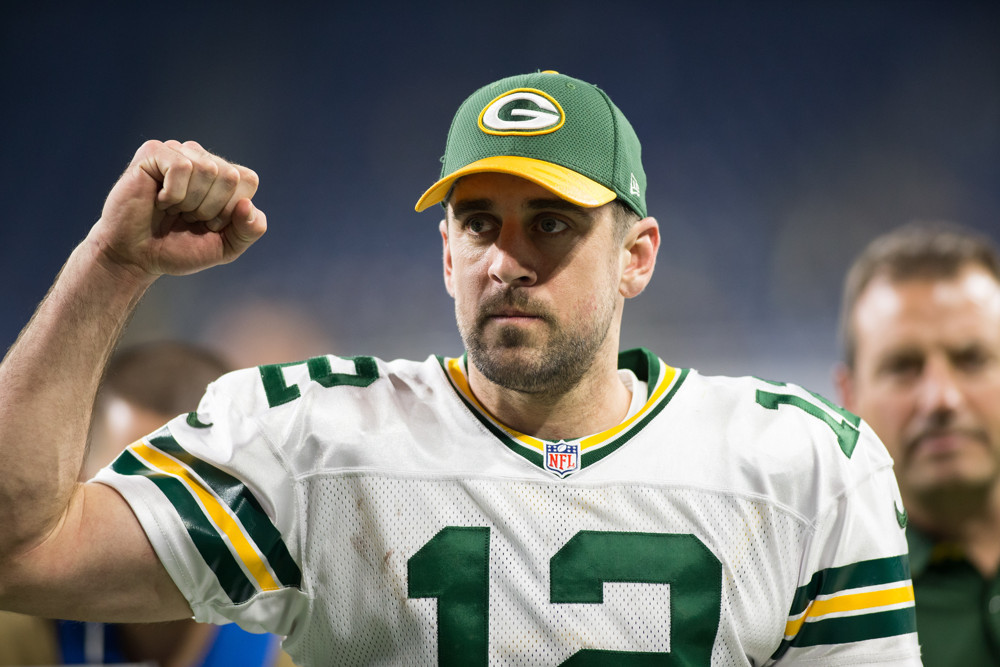 NFL Network's Ian Rapoport reports that the Packers have reached a new deal with QB Aaron Rodgers that will pay him $200 million over 4 years, with $153 million guaranteed. That tells us we should expect at least 3 more years of Rodgers as the Green Bay starter (assuming health and no retirement, of course). It also means that Jordan Love will have to wait even longer than Rodgers once did for his own NFL starting shot -- barring a trade out of town.

NFL Network's Ian Rapoport reports that the Packers are negotiating with QB Aaron Rodgers on a deal that would be expected to make him the league's highest-paid player. Rapoport also added, however, that the team is simultaneously giving Rodgers room to decide whether to stay in Green Bay or seek a trade. The situation obviously remains unresolved. If you're jumping into early best-ball drafts right now, though, we'd lean toward treating Rodgers -- and other Packers -- as though he's staying in Green Bay.

Rodgers and Packers in negotiations

NFL Network's Ian Rapoport hears that QB Aaron Rodgers and the Packers are "in negotiations ... for what is expected to be a short-term deal that would make him the highest-paid player in the NFL." Rapoport adds that Rodgers still hasn't decided if he'll continue playing in 2022 or if he wants to stay with the Packers. But the fact that the 2 sides are negotiating sure makes it seem like Rodgers will be back in Green Bay. That'd also mean that WR Davante Adams is very likely to return to the Packers.

There's "optimism and hope" that QB Aaron Rodgers will return to Green Bay for the 2022 season, according to NFL Network's Ian Rapoport. "The relationship is in as good a spot as it has been in quite a long time," Rapoport adds. Rodgers will need a new contract, and the Packers are reportedly willing to making him the league's highest-paid QB. Rapoport suggests a 2-year deal worth over $45 million per year. Rodgers is expected to take at least "a few weeks" before making a decision on 2022. Stay tuned.

Packers QB Aaron Rodgers was non-committal on his football future after Saturday night's loss to the 49ers. "I'm still super competitive, still know I can play at a high level, so it's going to be a tough decision," Rodgers said. "I have a lot of things to weigh in the coming weeks." Rodgers added that he doesn't want to be part of a "rebuild." Green Bay might be headed in that direction considering the team is currently $44.8 million over the projected salary cap for the 2022 season -- with WR Davante Adams a free agent. Rodgers did say that he'll make a decision on 2022 by the start of free agency on March 16. His status will again be 1 of the bigger storylines of the offseason.

Rodgers is back for at least 2022. He’s finished top-6 in passing TDs in 2 straight seasons -- but is now without top target Davante Adams. Rodgers' supporting cast is a clear question mark heading into his age-38 season.