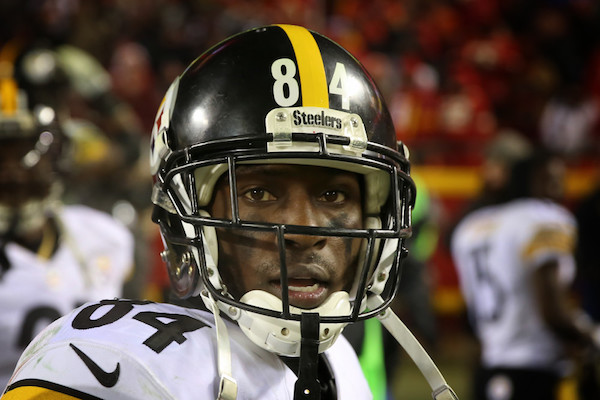 Expect the weekly shares to fluctuate by game, but those numbers at least mean that it’s no fluke when Brown leads the trio in fantasy scoring. He garnered a team-high 13 targets in the win over the Eagles, 6 more than the next Buc and 8 more than #2 WR Godwin. Brown hauled in 9 for 93 yards and a TD.

He clearly has rapport with Brady and should be in starter consideration every week.
Week 5
We saw Brown’s upside back in Week 1. He showed it again Sunday against Miami, posting 7-124-2 on 8 targets. Despite shadow coverage from name-brand CB Xavien Howard, AB had his way at all levels of the field. On one score, Brown took a short crosser the distance. On another crosser, he created enough separation in the end zone for Brady to fit a ball into his mitts. Brown’s now handled 7+ targets and caught 5+ balls in 3 of 4 appearances. He’ll carry some volatility going forward, especially when Brady isn’t going off for 400+ yards. And Rob Gronkowski should return over the next few weeks. Still, Brown at least looks like a high-end WR3 for the road ahead. Next up is a Thursday night matchup with Philly’s thin secondary.
Week 4
It was a difficult night for the Bucs passing game on SNF against the Patriots. Brown had been on the COVID reserve list for 10+ days but was able to make his return in time to play against his old team. Brown finished second on the team with 11 targets for a target share of 25.6%. Brown and Brady have developed a great connection on and off the field over the last few years. Brady looked Brown’s way late in the game when the Bucs were trying to take a lead. However, Brown was unable to bring in a beautiful deep ball from Brady late in the 4th quarter. Production was down across the board in the passing game, but Brown was able to salvage a decent game for fantasy managers. He finished with 7 catches for 63 yards. Brown has had an up and down season to this point. He had a massive game in Week one before putting up a dud in Week two then being placed on the COVID reserve list prior to their Week 3 matchup against the Rams. Brown looked good against the Patriots and missed putting up a monster game by just a few inches. We have him ranked at WR31 this week against a solid Miami secondary that has held opponent WR groups to less than 150 receiving yards in 3 of their first 4 games. The next three games on the schedule for Brown and the Bucs are MIA, @PHI, CHI.
Week 1
Brown caught 5 of 7 targets for 121 yards, including a 47-yard TD that gave Tampa Bay a 21-16 halftime lead. He was 1 of the Bucs receivers who abused Dallas CB Anthony Brown. In a game that all but made running plays an endangered species, Antonio Brown logged 1 carry for 6 yards.

Last season, Brown added a dynamic dimension to the pass-catching corps when the Bucs signed him. He is on a pace for his 8th NFL 1,000-yard season – in fact for a 2,000-yard year. A limiting factor to be considered is Brown’s checkered personal path.

Joining the Bucs at midseason, Brown went on to finish as the WR22 over the final 8 games (14.6 PPR PPG). He nearly out-produced Chris Godwin (15.8 PPG) over that stretch.

Now, will a larger sample producer similar results? Our sense is that Brown’s 2020 production is on the high-end of what he can accomplish in Tampa Bay. But if an injury strikes Godwin or Evans, the former Steeler could be a league-winner.

Bucs WR Antonio Brown (ankle) missed his 2nd straight practice on Thursday. He appears to be in real danger of missing this weekend's game vs. the Bears. Brown's absence would move WR Tyler Johnson up into the #3 spot on the depth chart -- and mean more targets for WRs Mike Evans and Chris Godwin.

Brown out Wednesday with ankle injury

Bucs WR Antonio Brown missed Wednesday's practice with a sprained ankle. It's the 1st we've heard of the injury, but Brown's availability for this weekend's game vs. the Bears is now in at least some doubt. Check back tomorrow for another update on his status.

Bucs WR Antonio Brown (COVID) is active for tonight’s game vs. the Patriots. He’s already showed us his range of outcomes this season, exploding for a 5-121-1 line in the opener before a 1-17 Week 2 dud. Brown could pick up an extra target or 2 tonight with TE Rob Gronkowski out.

Brown expected back for Week 4

Bucs WR Antonio Brown was activated from the COVID list and is expected back for Sunday night’s game vs. the Patriots. Brown should pick up some extra work in that one with TE Rob Gronkowski unlikely to play.

Brown to be activated from COVID list on Thursday

Bucs WR Antonio Brown is set to be activated from the COVID list on Thursday, HC Bruce Arians said. So Brown should be back for Sunday night's game vs. the Patriots. We'll continue to keep an eye on the situation.