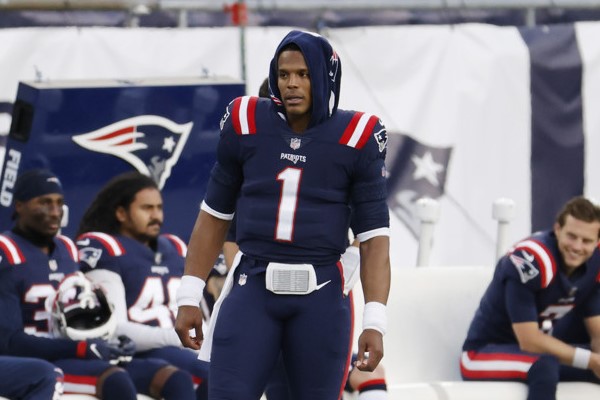 Newton looks like a strong bet to start Week 1. Whether or not he keeps the job all year will come down to his performance -- and the development of Mac Jones.

With total games played a mystery, Newton is a potential dud in best ball leagues. But he'll likely end up as a usable piece for standard redraft leagues early on.

The Patriots have surprisingly released QB Cam Newton, according to multiple reports. We wouldn't have been shocked to see the team name Mac Jones its Week 1 starter, but we certainly did not foresee New England unloading Newton completely. Jones graded out among the top passers across the league in preseason, according to Pro Football Focus. His ascension should be good news for the fantasy outlooks for basically everyone in the New England offense. It signals a more traditional scheme as opposed to last year's run-heavy approach. It returns lead status near the goal line to Damien Harris and the RBs. And it should mean more -- and more accurate -- targets for all pass-catchers. We're not overly interested in Jones as a fantasy football prospect, but Jakobi Meyers, Jonnu Smith, Hunter Henry, Nelson Agholor and James White all gain some late-round appeal. RB Damien Harris also gets a bump. Check out the updated projections for the Patriots.

Patriots QB Cam Newton returned to practice Thursday after spending 5 days away following a mixup in COVID testing protocol. According to practice observers, Newton jumped right back in front of Mac Jones for lead reps with the 1st team. We'll see whether anything changes by the regular-season opener, but continue treating Newton as the New England starter for now.

Newton away from team for 5 days

Patriots QB Cam Newton will be away from the team for 5 days after a misunderstanding with COVID protocols. Newton went to a medical appointment outside of the New England area on Saturday. Despite continuing to test negative for the virus, protocols now require him to go through a "5-day entry cadence process" to return to the team. He'll be able to participate virtually -- but Newton's absence will give rookie QB Mac Jones a chance to soak up 1st-team reps. We'll see if that changes the outcome of this QB competition.

Newton the favorite to start Week 1

The Athletic's Jeff Howe believes it'd be a "stunner" if Patriots QB Cam Newton isn't under center for the start of the season. After a choppy start to training camp, Newton reportedly had a strong week in joint practices with the Eagles. Then he completed 8 of 9 passes for 103 yards and a score in 3 possessions vs. Philadelphia in Thursday night's preseason game. Rookie QB Mac Jones has also looked good this preseason -- and we still expect him to hit the field at some point this year. But look for Newton to be the Week 1 starter.

Patriots QB Cam Newton got the start for the 2nd straight preseason game on Thursday night vs. the Eagles. He was sharp, finishing 8 of 9 for 103 yards and a TD to WR Jakobi Meyers in 3 series. QB Mac Jones played the next 4 possessions, completing 13 of 19 passes for 146 yards, 0 TDs and 0 INTs. The rookie earned a strong 93.2 passing grade from Pro Football Focus. Newton finished with a solid 85.5 grade. Newton remains the slight favorite to get the Week 1 starting nod, but there's still time for Jones to change that.