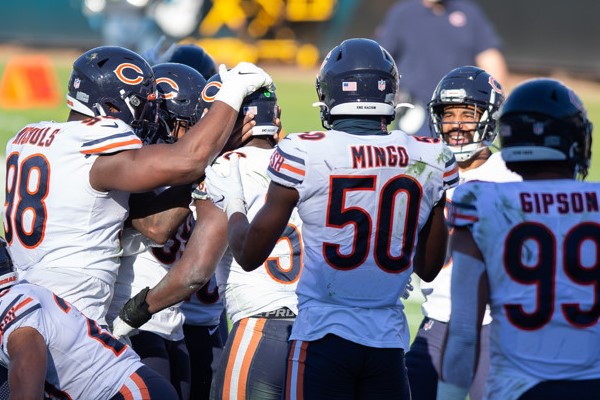 Bears LB Roquan Smith is active for today's game against the Texans. He missed practice all week with a hip injury and hit Sunday looking like a true game-time decision. There's risk to playing Smith in IDP lineups. But if he's ready for full playing time, then the numbers should follow. CB Jaylon Johnson (quad) is inactive.

Bears LB Roquan Smith (hip) is questionable for Sunday's game against the Texans. He missed practice all week and doesn't look like a great bet for Week 3 IDP lineups. CB Jaylon Johnson (quad) is also questionable after a Thursday injury that sidelined him Friday.

Bears LB Roquan Smith (hip) missed Wednesday's practice. Smith didn't miss a single snap of Week 2, which would seem to indicate it's not serious. We'll watch his participation level through the week.

Bears LB Roquan Smith practiced with his team for the 1st time in training camp Saturday, ending his "hold in." Smith has reportedly decided to play out the final year of his rookie contract. It's not a shocking move, as Smith has little leverage in his quest for a contract extension. We haven't move him down our rankings through the hold in. We'll see what happens with Smith and the Bears beyond this season.

Brisker has surgery, on track for opener

Bears rookie S Jaquon Brisker recently had surgery to address the thumb injury he suffered in the team's preseason opener, according to NFL Network's Ian Rapoport. Brisker reportedly has a decent chance to return for Week 1.

Chicago Bears, DEF CHI There is no dynasty data for this player.