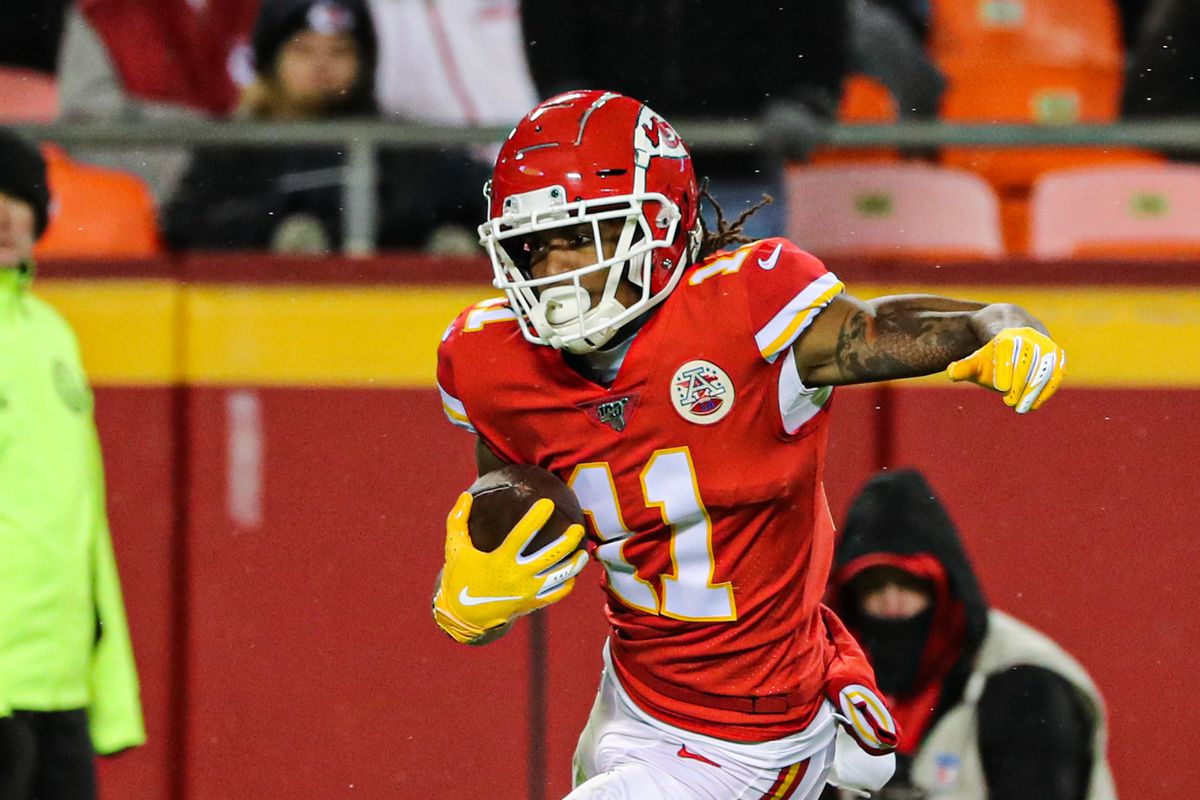 Ravens WR Devin Duvernay has been placed on IR with a foot injury he suffered in Tuesday's practice. It's unclear if he has a shot to return when first eligible for the Divisional Round of the playoffs, but his regular season is over. Baltimore added WR Sammy Watkins in a corresponding move. Watkins spent last season with the Ravens but mustered just a 27-394-1 line across 13 games. He looked equally washed with the Packers this season. Watkins joins Demarcus Robinson, DeSean Jackson and James Proche in the WR corps.

Ravens QB Tyler Huntley threw for just 138 yards in Saturday's loss to the Browns. He completed 17 of 30 passes (56.7%), with 0 TDs and 1 INT. No Baltimore player exceeded 31 receiving yards, with WR Demarcus Robinson the only Raven catching more than 3 passes. We'll see about Lamar Jackson's status for a Week 16 matchup with the Falcons.

Ravens TE Mark Andrews managed just 4 catches for 53 yards on 7 targets in Sunday's win over the Broncos. He finished 2nd on the team in targets and led the group in yards in a game that saw QB Lamar Jackson leave early with a knee injury. WR Demarcus Robinson led in targets (8) and receptions (7), compiling 41 yards. WR Devin Duvernay caught all 6 of his looks for 34 yards. TE Isaiah Likely was the only other Raven to catch more than 2 balls (4-30 on 4 targets).

Ravens QB Lamar Jackson ran for 89 yards Sunday against the Jaguars to power a quality fantasy outing. He rushed a season-high 14 times and narrowly missed a 4th-quarter TD when tackled just short of the goal line. (RB Gus Edwards scored 2 plays later.) Jackson completed just half of his 32 pass attempts but tallied 254 yards, his 2nd largest total of the season. A 62-yard connection with WR DeSean Jackson helped, as did a 40-yarder to TE Josh Oliver. The latter led the team with 76 yards on 4 receptions, matching TE Mark Andrews for the team catch lead. Jackson caught 2 of 3 targets for 74 yards. WRs Devin Duvernay and Demarcus Robinson combined for just 4 receptions and 40 yards. Baltimore gets a tougher Denver pass defense in Week 13.

Ravens WR Demarcus Robinson (hip) is active for today’s game vs. the Jaguars. He was added to the injury report and sidelined on Thursday but returned to a full practice on Friday. Robinson should be ready to again serve as Baltimore’s lead WR today.