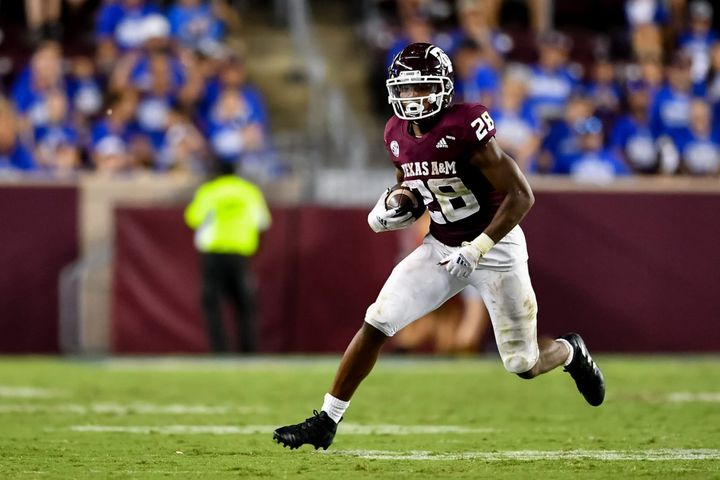 Spiller sports a nice college production profile. But he tested as a well-below-average athlete and slipped to the 4th round of this spring’s draft.

Spiller shouldn’t face much resistance from Joshua Kelley and Larry Rountree for the #2 spot on the Chargers’ RB depth chart. But he’ll need to capture some of Austin Ekeler’s work if he’s going to be a standalone fantasy value this season. He’s more likely to just be an Ekeler handcuff.

Chargers RB Isaiah Spiller is a healthy scratch for today's opener vs. the Raiders. It'll be RBs Sony Michel and Joshua Kelley behind Austin Ekeler.

The Chargers list Sony Michel and Joshua Kelley as co-#2 RBs on their Week 1 depth chart. It feels notable that Michel has already climbed that high just a week after joining the Chargers. Rookie RB Isaiah Spiller remains 4th on the depth chart. We'll have a better feel for what this backfield looks like behind Austin Ekeler after Week 1, but Michel looks like the Chargers RB to target in remaining fantasy drafts behind Ekeler.

The Chargers announced Wednesday that they have signed RB Sony Michel. Cut this week by the Dolphins, Michel now has a chance to quickly work his way to the #2 role in a Chargers backfield that has looked bad behind Austin Ekeler. The Chargers released RB Larry Rountree in a corresponding move, leaving Michel, Joshua Kelley and Isaiah Spiller behind Ekeler.

NFL Network's Ian Rapoport reports that free-agent RB Sony Michel is visiting the Chargers today. That points to L.A. being unsatisfied with the RB depth chart behind Austin Ekeler. Rookie Isaiah Spiller has so far failed to separate from Joshua Kelley and Larry Rountree, neither of whom made significant impacts in last year's backfield. We'll watch for what happens here, but take it as another signal to not bother with Spiller in current redraft.

Spiller looked like a better prospect before he ran his 40-yard dash on the wrong side of 4.6. But rather than overlook that red flag, let's use it to help explain some others. Chiefly, Spiller's final season saw teammate Devon Achane trail him by just 49 carries (179-130) while beating Spiller in yards per rush (7.0 to 5.6), rushing TDs (9-6) and receiving (10.9 yards per catch on 24 receptions, vs. Spiller's 7.6 and 25). Spiller also trailed both Achane and fellow RB Ainias Smith in yards per carry and yards per reception in 2020. If a RB can't beat his college teammates in efficiency, he's unlikely to stand out as a pro in that area. Landing with the Chargers gives him immediate opportunity at becoming Austin Ekeler's primary handcuff. But it's tough to see much long-term upside here.