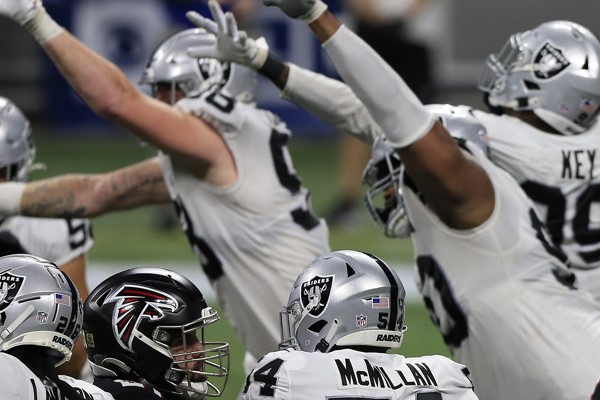 NFL Network's Tom Pelissero reports that EDGE Chandler Jones is finalizing a deal with the Raiders that's expected to average $17 million a year. Jones has delivered 10+ sacks in every season since 2013 that has seen him play at least 10 games. His 10.5 sacks last year marked his low for that span, though, and Jones' 47 total pressures tied for just 44th in the league, according to Pro Football Focus. He'll start opposite Maxx Crosby for a Vegas team that is reportedly trading Yannick Ngakoue. Jones turned 32 in February, so we wouldn't be surprised if his production declines further. On the positive side, moving to the Raiders defense should mean DE eligibility rather than LB in fantasy football leagues that rely on those designations. We'll see about Jones' draft price in IDP leagues this summer.

Raiders CB Casey Hayward (ankle) is active for tonight's game against the Chargers.

The Raiders have activated LB Denzel Perryman, LB Cory Littleton and CB Casey Hayward from the COVID list. Perryman is the only guy among the trio who carries IDP value. He'll belong in most lineups against what should be a run-heavy Colts offense.

The Raiders have placed S Johnathan Abram on IR for his season-ending left shoulder injury that will require surgery. Dallin Leavitt made his 1st NFL start in Abram's place Sunday against the Broncos, collecting just a single assist. The Raiders have also activated CB Nate Hobbs from the COVID list. His role could increase this week, depending on who else does or doesn't make it back from the COVID list in the Vegas secondary.

The Raiders on Monday added multiple defensive starters to the COVID list. LB Denzel Perryman and CB Casey Hayward were the biggest names. LB reserves Cory Littleton and K.J. Wright went onto the list as well, which already had CBs Brandon Facyson and Nate Hobbs on it. Hobbs has been on the list since Dec. 20 and Facyson since Dec. 22, so they should be back ahead of Sunday's game at Indianapolis. We'll see whether any of this week's additions can make it back. IDP managers should plan to be without Perryman, though. That absence would return Divine Deablo to the spotlight.

Las Vegas Raiders, DEF LVR There is no dynasty data for this player.