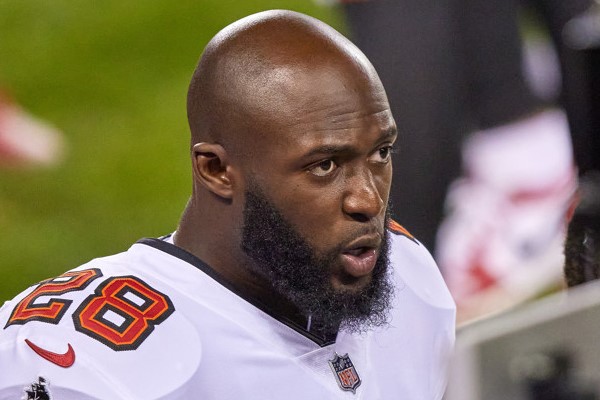 Fournette took the backfield lead as last season wore on, and then the Buccaneers committed a surprising amount of money to bring him back in free agency. Tampa let Ronald Jones walk and added 3rd-round pick Rachaad White. We’ll see what that means for touch distribution. We’ll also see about Fournette’s waist line at the start of training camp. Assuming he’s in better shape at that point and stays healthy through camp, Fournette looks well set up to rank among the league leaders in opportunity share. He’ll belong in Round 2 of drafts across formats.

Buccaneers RB Rachaad White led the team in rushing with 41 yards on 7 attempts in Monday’s Wild Card loss vs. the Cowboys. Teammate RB Leonard Fournette struggled mightily, tallying a mere 11 yards on 5 carries. White added some value as a receiver with 4 catches on 6 targets and 36 yards, whereas Fournette only managed 1 catch for 8 yards. The Cowboys’ defense took the life out of the Bucs’ rushing attack. The combined 52 rushing yards are the lowest total the Buccaneers’ offense has produced since Week 10 vs. the Seahawks in Munich. Looking ahead to 2023, the Buccaneers have an out in Fournette’s contract that would only incur a $1.5 million cap hit if they choose to move on this offseason. Should upcoming free agent QB Tom Brady move onto another team or retire, don’t be surprised to see Fournette hit the free agent market too. There's a window for the rookie White to seize a larger role in the future.

Bucs HC Todd Bowles plans to play his starters, including QB Tom Brady, in Sunday's regular-season finale vs. the Falcons, despite the Bucs being locked into the NFC's #4 seed. "We can get better at a lot of things, so right now, we plan on playing [Brady]," Bowles said Monday. "We'll see how the week goes going forward, but we can get better at a lot of things that we need to work on, and we don't need our foot off the gas." Bowles added that he'll consider pulling starters in the 2nd half. We'd be surprised if Brady played more than a half and don't expect RB Leonard Fournette or WRs Mike Evans and Chris Godwin to play the entire game, either.

Bucs RB Leonard Fournette said in a since-deleted tweet that he's been playing through a Lisfranc injury. Fournette was on the injury report with a foot in Week 14 but hasn't been listed the past 2 weeks. And he just went for 162 total yards on 29 touches in Sunday night's win over the Cardinals. We'll keep an eye on Fournette this week, but it doesn't seem like this foot issue will impact his role in Week 17.

Buccaneers RB Leonard Fournette dominated the backfield work in Sunday night's OT win over the Cardinals. He carried 20 times for 72 yards, vs. just 7-36 rushing for RB Rachaad White. Fournette also caught a team-high 9 passes for a team-high 90 yards, tying WR Chris Godwin for the target lead at 10. White caught all 4 of his targets for 17 yards, including the team's lone offensive TD. Fournette played 20 more snaps than White and will be the better bet among Bucs RBs for a Week 17 home date with the Panthers.

Buccaneers RB Leonard Fournette carried the ball 11 times for 44 yards on top of hauling in 4 receptions for 30 yards in Sunday's loss to the Bengals. Rookie Rachaad White split the workload with Fournette in Week 15, logging 11 carries for 38 yards and a single catch for 5 yards. Neither Fournette nor White had particularly effective fantasy games as the Buccanners offense fell apart in the second half. However, managers should feel good about a Week 16 showdown against a Cardinals defense that ranks 6th in adjusted fantasy points allowed to RBs this season. Both Bucs backs should be in RB2/flex consideration next week, with the edge going to Fournette.

Fournette was a league-winner in 2021, but his production predictably dipped in 2022. 3rd-round pick Rachaad White entered the backfield picture for stretches of the season, although Fournette closed '22 as a clear lead back. While the former Jag has 2 years left on his deal, it's quite possible he's a cap causality this offseason.