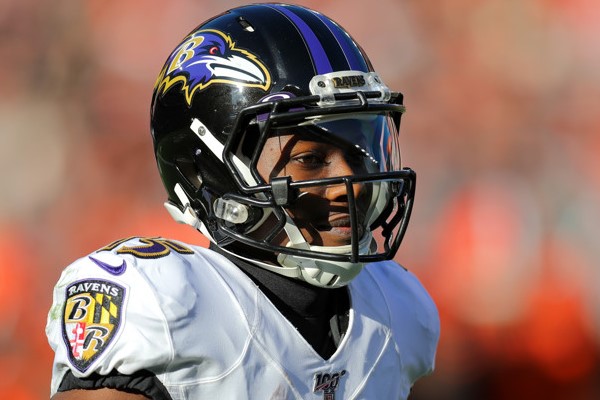 Brown’s fantasy stock gets a boost with the move from Baltimore to Arizona. The Cardinals project to throw it more than the Ravens. And Kyler Murray looks like an upgrade over Lamar Jackson based on their play over the past couple of seasons.

It’ll be a crowded pass-catching corps after WR DeAndre Hopkins returns from his 6-game suspension. But Brown is capable of getting off to a hot start – and then keeping that momentum rolling.

Now, this hasn’t been the smoothest summer for Brown. He missed about a week of camp with a minor ankle injury. And he was arrested in early August on criminal speeding charges.

He’s on track to be ready for Week 1, though. Barring any setbacks, we're treating him as a borderline WR2 with big spike-week potential.

The Cardinals have already ruled WR DeAndre Hopkins (knee) out for this week. Without Hopkins last Sunday, TE Trey McBride and WR Greg Dortch tied for the lead with 25% target share apiece. WR Marquise Brown checked in 1 target behind them. Week 18, however, will find a much tougher defense in San Francisco. Check our Week 18 fantasy football rankings to see where everyone has landed.

Cardinals WR Marquise Brown caught 6 passes for 61 yards in Sunday's loss at Atlanta. His 9 targets trailed TE Trey McBride and WR Greg Dortch (10 apiece), with David Blough serving as the 4th different starting QB this season. Brown gets a San Francisco matchup in Week 18 that has dominated opponent rushing. That could make Brown a decent WR3 for PPR, especially if WR DeAndre Hopkins (knee) remains out. We'll see whether QB Colt McCoy makes it back from the concussion that cost him the past 2 games.

Hopkins downgraded to out

The Cardinals have downgraded WR DeAndre Hopkins (knee) to out for Sunday’s game against the Falcons. That boosts the target outlooks for WRs Marquise Brown and Greg Dortch, though all Cardinals will be catching passes from QB David Blough. There’s PPR upside to the 2 wideouts, but this isn’t an offense to get overly excited about

Cardinals QB Colt McCoy has cleared the concussion protocol and is expected to start Sunday's game vs. the Falcons, ESPN's Adam Schefter reports. McCoy is no savior, of course. But he's a significant upgrade over QB Trace McSorley. McCoy's return is good news for RB James Conner and WRs DeAndre Hopkins and Marquise Brown.

Cardinals WR Marquise Brown played a season-low 66% of the offensive snaps in Sunday night's loss to the Bucs. We figured that was due to the groin injury that had him questionable coming in. But Brown said that he was being disciplined by HC Kliff Kingsbury after showing up late to a team meeting. We're expecting Brown to get back to full playing time in Week 17 but will keep an eye on the situation.

Brown’s move to Arizona — and his reunion with college QB Kyler Murray — turned up inconsistent results. Now, he’ll deal with uncertainty at HC and QB with Murray rehabbing an ACL tear. Brown’s 5th-year option was picked up, so he's under contract for 2023.