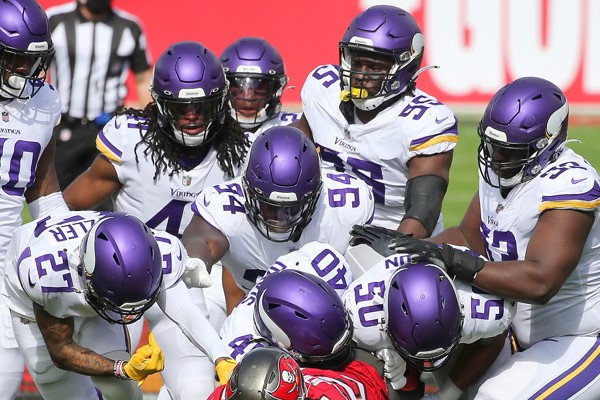 The Vikings will be replacing their OC for the 2nd straight offseason. Gary Kubiak on Thursday announced his retirement (for the 2nd time in his coaching career). That comes roughly a year after Minnesota lost OC Kevin Stefanski to the Cleveland HC gig. ESPN's Courtney Cronin reports that the team is considering promoting from within to replace Kubiak, who was on the staff prior to filling Stefanski's vacancy. An in-house promotion would seem to favor the team continuing to lean run, and the Minneapolis Star Tribune reports that Kubiak's son, Klint, has emerged as a favorite. Klint Kubiak spent the past 2 seasons as Minnesota's QBs coach. We'll see who the Vikings settle on.

Vikings S Harrison Smith (hamstring), DT Linval Joseph (knee) and S Anthony Harris (groin) are active for tonight's game against the Seahawks. Each entered the day questionable but is ready if you waited on him for IDP use.

Vikings DT Linval Joseph (knee), S Harrison Smith (hamstring) and S Anthony Harris (groin) are questionable for Monday night's game against the Seahawks. Joseph and Smith each progressed to full Saturday workouts and look likely to make it back for the game. Harris spent the full week limited and isn't worth waiting on for IDP lineups.

Vikings S Andrew Sendejo (groin) will miss his 4th straight game today. He's inactive for the clash with the Lions. Lead CB Xavier Rhodes, however, will play through a "questionable" tag for a foot issue.

Rhodes out, Joseph in vs. Saints