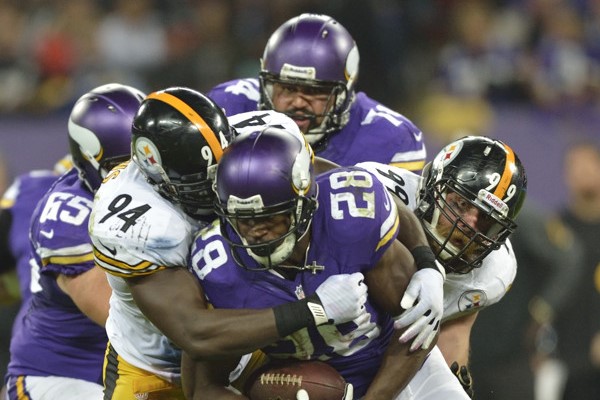 Steelers HC Mike Tomlin said Tuesday that S Minkah Fitzpatrick has entered the concussion protocol. He was diagnosed in the wake of Thursday night's loss to the Browns. We'll see whether Fitzpatrick can make it back for Sunday's game against the Jets, but plan as though you won't have him available for IDP lineups.

NFL Network's Tom Pelissero reports that Steelers EDGE T.J. Watt "is still gathering additional opinions" but that his pectoral tear is not currently believed to require surgery. That would mean Watt has a chance to heal up and return before the end of October, according to Pelissero. We'll see about the final word here and then will certainly need to keep an eye on his progress. But this is obviously great news after initial fears that Watt would miss the rest of the year.

Watt believed to have torn pec

The Steelers believe EDGE T.J. Watt tore a pectoral muscle in Sunday's win over the Bengals. Watt will have an MRI Monday to confirm the diagnosis. That injury would almost certainly end Watt's season and dramatically alter the quality of the Pittsburgh defense -- both in real life and fantasy football terms.

Steelers EDGE T.J. Watt left Sunday's preseason finale with a left knee injury. CBS Sports' Evan Washburn reported in the 2nd half that HC Mike Tomlin called the injury minor and said Watt could have returned if it was a regular-season game. We won't worry about this issue unless a further update turns more negative.

CB Levi Wallace is joining the Steelers on a 2-year, $8 million deal, according to ESPN's Brooke Pryor. Wallace started 52 games over 4 seasons with the Bills, including all 17 last year. Wallace has been relevant for IDP leagues, especially those that require CBs. But he's not a special fantasy football option -- and likely won't be with the Steelers.

Pittsburgh Steelers, DEF PIT There is no dynasty data for this player.