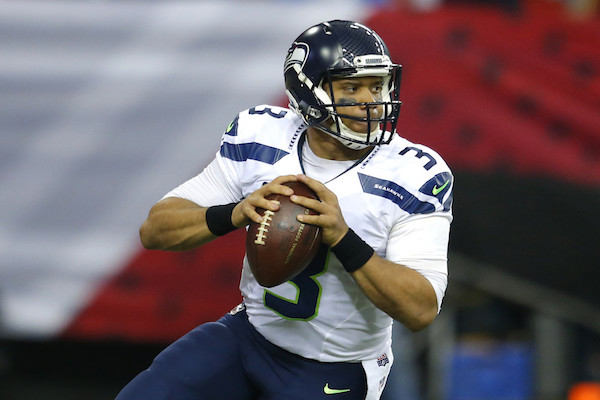 We’re chalking up Wilson’s relatively disappointing 2021 season to the right finger injury he suffered midway through the year. He was good both statistically and in Pro Football Focus grades before that injury and had shown no signs of decline the few years prior.

Wilson has a new offense to learn and new receivers to build chemistry with after the big trade to Denver. But he has a deep group of weapons and might find himself in the pass-heaviest offense of his career.

Wilson, now 33, doesn’t boast the rushing upside he once did. That caps his fantasy upside a bit. But we still like him as a rock-solid QB1 with a chance to finish among the top 8 at his position.

ESPN's Adam Schefter reports that the Broncos and Saints are "finalizing compensation" that would allow Sean Payton to become Denver's HC. The big potential winner here, fantasy wise, is QB Russell Wilson. He'll come off easily the worst performance of his career to work with the HC that helped Drew Brees become Drew Brees in New Orleans. Of course, Brees was just 27 in his 1st season with New Orleans, after the Chargers allowed his rookie contract to expire and Brees to hit the open market. Russell Wilson just completed his age-34 season. Plenty of surrounding talent should remain, with WRs Courtland Sutton and Jerry Jeudy still under contract, TE Greg Dulcich entering Year 2, and WR Tim Patrick and RB Javonte returning from knee injuries. Among his 15 years as Saints HC, Payton had 13 consecutive offenses rank among the top 10 in total yards. His teams also finished top-10 in points 12 times.

Update: Schefter reports that Denver is sending its 2023 first-rounder and 2024 second-rounder to the Saints for the rights to Payton and New Orleans' 2024 third-rounder.

Broncos QB Russell Wilson scored twice on the ground in Sunday's 3-point loss to the Chiefs. He totaled 27 rushing yards on 4 carries, including the TDs from 16 and 4 yards out. Wilson added 222 yards and a TD (plus an INT) passing, finding TE Albert Okwuegbunam for a 25-yard score. WR Jerry Jeudy led the team in targets (8) and catches (7) but collected just 38 yards. WR Courtland Sutton followed with a 4-44 receiving line on 6 looks. Denver closes out vs. the Chargers at home in Week 18.

The Broncos have fired HC Nathaniel Hackett, NFL Network's Tom Pelissero reports. So Hackett doesn't even make it a full season in Denver. His tenure was a disaster from the start and ends with an embarrassing 51-14 loss to the Rams on Christmas. We'll see who the Broncos tab as their interim HC, but we doubt the move has much of a fantasy impact over the final 2 weeks of the season.

Update: Senior assistant coach Jerry Rosburg has been named Denver's interim HC, ESPN's Adam Schefter reports. The 67-year-old has spent much of the last 2 decades as a special teams coordinator and has no head-coaching experience at any level.

Wilson signed a contract with $161 million in total guarantees…then put together the worst season of his career. By far. Firing HC Nathaniel Hackett (in December) was the right move. Now, it’s up to Denver’s braintrust to find the best possible match for Wilson, who’s now 34. WRs Courtland Sutton and Jerry Jeudy at least remain under contract for 2023. And Greg Dulcich looks like a hit at TE.