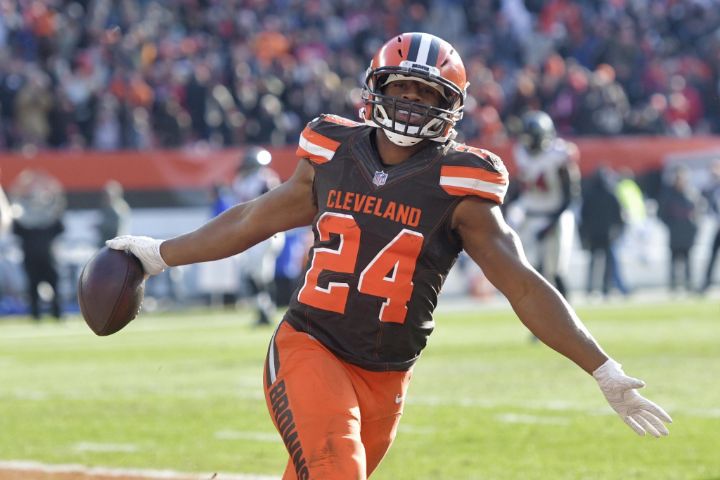 It’s getting to the point where Herbert needs to be owned in all fantasy leagues of 12+ teams. After topping 300 passing yards in both of his first 2 starts, he smoked a quality Bucs defense Sunday for 290 yards and 3 scores. Herbert has added between 14 and 18 rushing yards in all 3 games.

He’ll be a QB1 consideration the next 5 weeks vs. the Saints, Jets, Dolphins, Jaguars and Raiders.

Minshew got D.J. Chark back Sunday and racked up 351 yards and 2 scores through the air, plus 9 yards on the ground. He’s now tossed multiple scores in all 3 games with Chark. Minshew will be a viable QB1 spot starter the next 2 weeks in plus matchups vs. the Texans and Lions.

He’s played well all season and finally got the fantasy numbers to show for it in Week 4, throwing for 276 yards and 2 scores and running for 32 and another TD. Bridgewater will be on the spot-start radar in a great Week 5 spot in Atlanta.

Cousins is next up on the Seahawks hit parade. Dolphins QB Ryan Fitzpatrick didn’t even play well Sunday and still came away with 315 passing yards vs. Seattle.

Cousins played his best game of the season in Minnesota's win over the Texans, completing 16 of 22 passes for 260 yards and a score.

He’ll step into a 3-down role if Kenyan Drake misses time. Arizona’s running game has been disappointing so far, but volume alone would make Edmonds a strong fantasy starter. He’s already caught 13 of 17 targets for 73 yards and 2 scores this year.

Edmonds hit Sunday still available in 75% of ESPN leagues. Even if Drake is ready, Edmonds will make plenty of sense as a stash this week.

Jackson and Joshua Kelley split backfield duties fairly evenly after Austin Ekeler exited Sunday's game. Kelley carried 9 times and garnered 3 targets to Jackson’s 6 carries and 2 targets. Neither guy did much against a tough Bucs defense, but a similar touch split going forward would make Jackson a lower-end fantasy starter. And he'd obviously be just a Kelley injury away from a large role.

Higgins’ ascent continued in Week 4, with a 4-77 line on 7 targets. Only Tyler Boyd drew more looks from Joe Burrow against the Jaguars. A.J. Green, meanwhile, mustered just 1 catch for 3 yards on 5 targets. We wouldn’t be surprised if Higgins out-scores Green in fantasy the rest of the way. The rookie is creeping toward WR3 status.

Shenault set season highs Sunday with 86 receiving yards on 5 catches among 6 targets. Shenault added another 5 yards on a carry. The rookie has carried at least once in all 4 games so far — with 9 total.

Matchups against the Texans and Lions the next 2 weeks could make Shenault a WR3 or flex play for you.

With Michael Thomas out once again, Smith stepped up with 4 catches for 54 yards and 2 scores. His 4 targets represented just a 16% share, but he capitalized on a pair of red-zone looks. Even when Thomas returns, Smith is playing well enough to retain a significant role in this passing game.

He stepped up in Chris Godwin’s absence against the Chargers, hauling in 5 of 7 targets for 83 yards and a score. Godwin is no lock to return for Week 5 with his hamstring injury. It’s also worth noting that WR Mike Evans played through an ankle injury on Sunday.

Cleveland RB Nick Chubb left in the 1st quarter because of a leg injury. The Browns seemed leery of giving a big workload to his backup, RB Kareem Hunt, who was questionable for the game at Dallas because of a groin injury.

Chubb gained 43 yards in 6 carries and Hunt 71 in 11, but the biggest contributor in a 300-yard rushing game was 2nd-year man Johnson from South Florida, with 13 carries for 95 yards. In his first 19 NFL games, he garnered just 5 carries and 26 yards. RB Dontrell Hilliard also carried 5 times for 19 yards in his 2020 debut.

If Chubb is out for an extended period, Johnson could continue to provide depth for the Browns' running game.

Denver lost WR K.J. Hamler (hamstring) and TE Noah Fant (ankle) on Thursday night. Patrick, meanwhile, turned in a career-best 6-113-1 line on 7 targets. He’s been a full-time player throughout the season and should continue to see plenty of volume going forward with all of the Broncos’ injuries.

You won’t want to use Patrick vs. New England this coming week, but there are positive matchups in Week 6 vs. Miami, Week 9 vs. Atlanta and Week 10 vs. Vegas.

There’s a real chance Ford has moved ahead of Preston Williams in Miami’s target pecking order. Ford managed just 48 yards on 4 catches Sunday against Seattle, but his 10 targets dwarfed Williams’ 3. Note that Ford out-targeted Williams 11-7 from Week 2 to Week 3. There might be spot-start value here, especially with Miami likely to face pass-friendly game scripts most weeks.

He led the Colts with 8 targets Sunday, although they resulted in just 3 catches for 58 yards. QB Philip Rivers isn’t playing well, which limits the upside here. But Pascal should continue to be a solid target bet with WRs Michael Pittman and Parris Campbell sidelined. Kamu Grugier-Hill opens the year with big numbers and can keep them going.