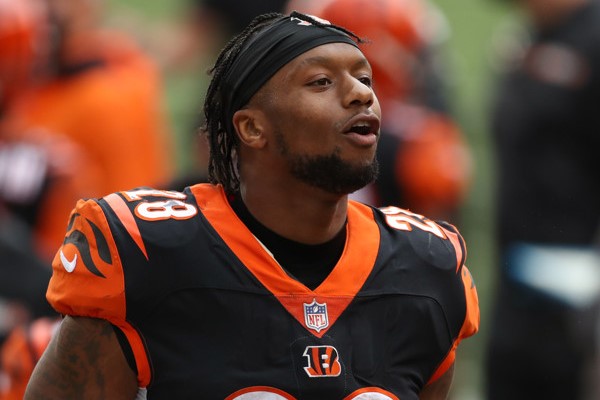 Bengals OC Brian Callahan repeated his thoughts on RB Joe Mixon, saying the 5th-year back “has the ability and the skill set to be a 3-down player. “Joe has a really unique ability because he’s so big and fast and strong,” Callahan continued (via The Athletic). “He also catches the ball well, so there’s a place for him in the pass game. The third part of playing running back besides running and catching is protection. They’re a huge part of protection on third down. Joe has grown and improved in that area, really through his career. It’ll be asked of him a bunch this year to be able to do that. He’s an advantage for us because he’s so big. A lot of those blitzing DBs don’t really wanna run through Joe. They don’t like tackling him, then they gotta blitz against him. So there’s some things that he brings that his skill set allows you to have a little bit more of an advantage in pass protection.” Mixon’s rebounded well from his mysterious 2020 foot injury. Now, we’ll see when Joe Burrow’s able to recapture his pre-injury form.

The Athletic's Paul Dehner expects "monster numbers" from Bengals RB Joe Mixon this season. Dehner projects Mixon to play around 80% of the offensive snaps and add 15-20 receptions to his previous career high of 43. That'd make Mixon a shoo-in for RB1 numbers with a shot at the top 5. He's an exciting pick at his current mid-2nd-round ADP.

Bengals RB Joe Mixon is "full go" for OTAs, HC Zac Taylor said Tuesday. Mixon missed the final 10 games of last season with a right foot injury that we never learned much about. It shouldn't be an issue in 2021, though. The Bengals have talked up a bigger receiving role for Mixon this season, which would be a nice boost to his fantasy value.

Mixon to play all 3 downs?

Bengals OC Brian Callahan was asked about his plans for a 3rd-down back this season and had this to say: "I don't want Joe (Mixon) to leave the field, and I think he's up for that challenge." Nice. Mixon has been an excellent pass-catching back dating back to his college days. But that part of his game has never been fully unleashed in Cincinnati. He topped out at 43 catches back in 2018 -- although he was on pace for 56 through 6 games last season. The Bengals cut RB Gio Bernard this offseason and only added 6th-round rookie Chris Evans and undrafted rookie Pooka Williams to the backfield so far. A healthy Mixon is a good bet for a new career high in receptions this year. His ADP at the Round 2-3 turn in FFPC best-ball drafts right now (RB15) makes him a good target.

Mixon out for Week 14

Bengals HC Zac Taylor ruled RB Joe Mixon (foot) out for Sunday's game against the Cowboys. Taylor said there's a "possibility" Mixon plays again this season -- but fantasy owners shouldn't be banking on it. Gio Bernard gets another game as Cincinnati's lead back this weekend and creeps toward RB2 territory vs. a crumbling Dallas defense.