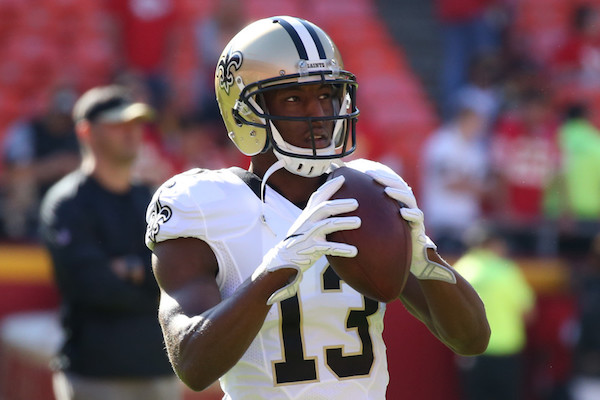 It is impossible to know what Thomas will look like until we see him back on the field. He’ll present risk even when he gets there, of course, after multiple setbacks in his path back from an ankle injury that initially appeared in Week 1 of 2020. Adding to the risk is a new QB who has been erratic when healthy (especially compared with Drew Brees) and is coming off an ACL tear.

Fortunately, drafters are collectively wary for just those reasons. Thomas is going low in WR3 territory in both FFPC and Underdog drafting as of this writing. That makes him worth considering, though there are too many questions for Thomas to be a “smash” pick even at that level.

Saints WR Michael Thomas will undergo surgery to repair a dislocated 2nd toe, HC Dennis Allen said Thursday. Thomas originally suffered the injury in Week 3. "I don't think there was any complication," Allen said. "I think we followed what the doctors recommended in terms of trying to rehab it and give him an opportunity to play through it. We went in and had another MRI the other day, and it hasn't healed the way that everybody was kind of hoping it would. And so surgery is the next option." Allen didn't give a timetable for Thomas' return but confirmed that he's going on IR and added that he "doesn't anticipate" Thomas playing again this season. He can be dropped from redraft rosters.

Saints HC Dennis Allen said Thursday that he doesn't expect WR Michael Thomas to return this season from the foot injury that has sidelined him since Week 3. His absence will continue to present opportunity for WRs Marquez Callaway and Tre'Quan Smith, with Callaway the more direct replacement for Thomas' role. The veteran will turn 30 in March and still has 2 more years on his contract.

Saints WRs Michael Thomas (foot) and Jarvis Landry (ankle) are out for Sunday's game vs. the Raiders. HC Dennis Allen said Friday that there's no timetable for their returns, but that he does expect both guys to play again this season. WR Chris Olave should continue to dominate targets this weekend, with Marquez Callaway and Tre'Quan Smith as New Orleans' #2 and #3 WRs.