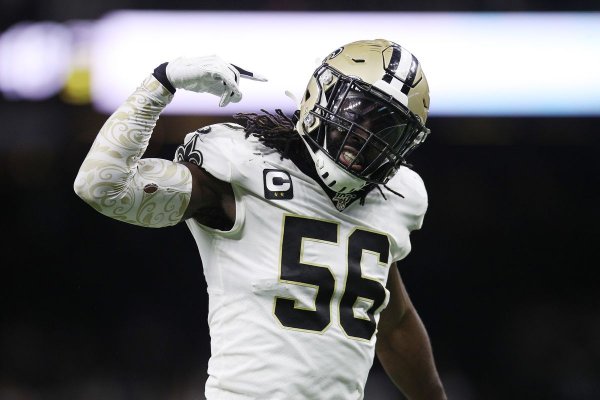 The Saints have activated LB Demario Davis and S Malcolm Jenkins from the COVID list. They placed S Marcus Williams on the list Wednesday, however, which should knock him out for Sunday's game against the Panthers.

The Saints on Friday placed LB Demario Davis on the COVID list after a positive test. That'll knock him out for Monday night's game against the Dolphins.

Cleveland.com reports that the Browns expect to start LB Jamie Collins Sunday against Dallas after acquiring him from the Patriots on Monday. DC Ray Horton reportedly plans to keep him on the field for most of the snaps as well, specifically saying: "We're going to ask a lot of him and obviously see what he can handle, but so far, I have been really impressed with his smarts and his savvy and athleticism on the field and really off the field, too, of just learning something and not hesitating to translate it in his mind." Collins carries some risk by virtue of his relatively unknown role, but he has showed us all his cross-category upside. This is probably a chance worth taking for most IDP owners who have counted on Collins as a regular starter to this point. Expect Collins to take the place of veteran ILB Demario Davis and play next to Christian Kirksey.