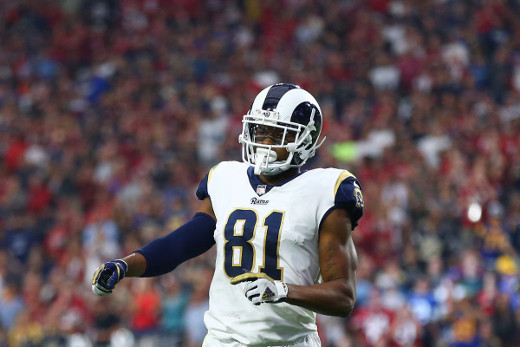 Week 2
Everett’s Week 2 production was very disappointing as he only posted a 1-3 line on 1 target on a day when Russell Wilson threw for over 300 yards. The good news for Everett’s fantasy stock was his usage. Everett ran a route on 28 of 37 drop-backs. More importantly, after he after splitting routes with Will Dissly 19 to 17 in Week 1, Everett dominated TE routes 28-9 in Week 2.
This week Everett has a chance to capitalize on that usage as he faces a Vikings D that just allowed a career high 7-94 receiving day to Maxx Williams. This matchup makes Everett a low-end TE1 option in Week 3.
Week 1
Everett will be a popular pickup this week after he found the end zone in Week 1. However, before you stick him in your lineup, here are a couple notable stats. Will Dissly led the team in TE routes, targets, receptions and yards. So it looks to be a committee. This is very similar to how the Rams used Gerald Everett with Tyler Higbee when Shane Waldron was on that staff in prior seasons. We should count on Everett being the preferred pass-catching TE, but his ceiling will be capped if he continues to split work with Dissly.
In Week 2, the Seahawks face off vs. a Titans offense that will look to bounce back and should with their talent. This should be a higher scoring affair, which puts Everett on the spot-start map as Seahawks should throw more this week.

Everett never saw enough targets with the Rams to be a real fantasy factor. But he fared pretty well in efficiency metrics and was an intriguing prospect coming out of South Alabama.

Now he’s the favorite for lead duties in Seattle, where he re-joins former Rams passing-game coordinator and new Seahawks OC Shane Waldron. WRs D.K. Metcalf and Tyler Lockett will prevent Everett from seeing big volume. But, playing with QB Russell Wilson, he could be efficient enough to be a spot-start fantasy option.

Seahawks TE Gerald Everett has been activated from the COVID list. Unfortunately, he'll be returning to a Geno-Smith quarterbacked offense for at least the next few weeks. Everett is unlikely to be a reliable fantasy option at least until QB Russell Wilson returns.

Everett out for Week 5

Seahawks TE Gerald Everett was not activated from the COVID list and is out for tonight's game vs. the Rams. Will Dissly will again operate as Seattle's lead TE. He ran a route on 63% of pass plays last week, catching both of his targets for 5 yards.

Everett "has a chance" to play Week 5

Everett out for Week 4

Seahawks TE Gerald Everett (COVID) is out for today’s game vs. the 49ers. Will Dissly will operate as Seattle’s lead TE but would be a desperation fantasy play.

Seahawks TE Gerald Everett remains on the COVID list as of Friday afternoon. Check Shark Bites to see if he’s cleared in time for Sunday’s game vs. the 49ers, but Everett shouldn’t be in your fantasy plans right now.