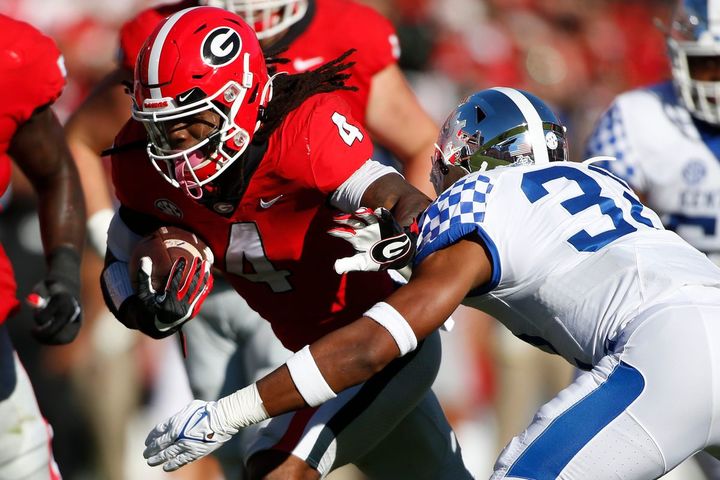 Bills GM Brandon Beane loves rookie RB James Cook's pass-catching ability. "He's got really good hands," Beane said. "Very instinctive in the pass game ... Some guys just have the feel like a slot receiver. It's the feel of what you're getting -- whether to sit down in zone or run by your man. He's got speed ... You can feel his speed with the ball in his hands." Cook is the favorite to immediately take over as Buffalo's primary pass-catching back ahead of Devin Singletary. The big question is how much rushing volume he'll garner. Cook goes just 199 pounds and never topped 113 carries across 4 college seasons. "We see his best skill set as a sub back, but I think he can handle carries too if we wanna give him some more carries," said Beane.

Joe Buscaglia of The Athletic writes that Bills RB James Cook “will likely jolt a dormant screen game that has struggled for years since Sean McDermott became the head coach.” Last year, Buffalo couldn’t trust any RB not named Devin Singletary. With Singletary set for unrestricted free agency next year, the front office made a proactive move by adding arguably the most dynamic back in this class. A dangerous receiver, Cook could push for 30+ catches in year 1.

The Bills selected RB James Cook in Round 2 of the NFL Draft. Cook brings incredible raw speed and burst, and he showed it at the Combine with a 4.42 forty-time. He’s not a pure tackle-breaker at only 200 pounds, but Cook effectively plays a slashing style similar to Alvin Kamara. Sharing touches with fellow rookie RB Zamir White, Cook tallied 113-728-7 (6.4 yards per carry) and 27-284-4 (10.5 yards per catch) as a 2021 senior. He’ll factor into Buffalo’s 2022 backfield with clear pass-catching upside. Note that Devin Singletary is entering a contract season.