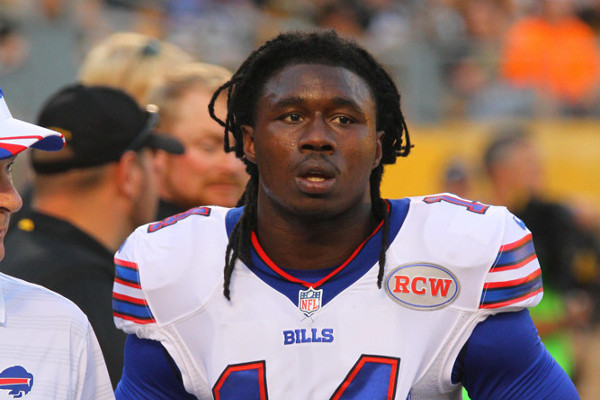 Watkins hasn’t finished inside WR3 range since 2015. His opportunity for starting snaps is clear on a Packers squad that just lost Davante Adams and Marquez Valdes-Scantling.

But will he mesh with Aaron Rodgers? And can he stay healthy enough to perform for fantasy managers? We’re skeptical, but with an ADP in Round 21, there’s zero risk in best ball leagues.

Ravens WR Devin Duvernay has been placed on IR with a foot injury he suffered in Tuesday's practice. It's unclear if he has a shot to return when first eligible for the Divisional Round of the playoffs, but his regular season is over. Baltimore added WR Sammy Watkins in a corresponding move. Watkins spent last season with the Ravens but mustered just a 27-394-1 line across 13 games. He looked equally washed with the Packers this season. Watkins joins Demarcus Robinson, DeSean Jackson and James Proche in the WR corps.

Packers WRs Sammy Watkins (knee) and Christian Watson (concussion) are not listed on the final Week 10 injury report. They figure to operate as Green Bay’s #2 and #3 WRs vs. Dallas this weekend with WR Romeo Doubs (ankle) sidelined.

Watkins back at practice Thursday

Packers WR Sammy Watkins (knee) returned to a limited practice on Wednesday. It looks like he'll be available for this weekend's game vs. the Cowboys, but Watkins would be a desperation fantasy play.

Sammy Watkins, WR BAL There is no dynasty data for this player.