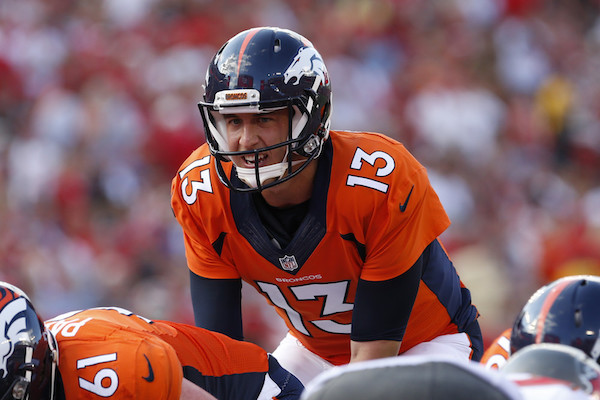 Saints QB Taysom Hill was knocked out of Sunday's game vs. the Falcons with what HC Sean Payton told Fox's Laura Okmin is a Lisfranc injury to his left foot. We'll look for more details, but that's an issue that'll likely keep Hill from playing in the playoffs if New Orleans gets there. Hill's absence would leave QB Trevor Siemian as the Saints' starter.

Saints QB Taysom Hill has been placed on the COVID list. He's joined by QB Trevor Siemian. That leaves 4th-round rookie QB Ian Book to make his 1st career start vs. the Dolphins on Monday Night Football. The Notre Dame product was a mediocre college passer, leaving school with a 63.8% completion rate, 7.8 yards per attempt and 72 TDs vs. 20 INTs. He did run for 1,517 yards and 17 TDs over 4 college seasons -- and then ran a 4.65-second 40-yard dash at his Pro Day. Book goes just 6'0 and 211 pounds, though, so he's no Taysom Hill. Book is only in play for DFS showdown contests. Expect a heavy dose of RBs Alvin Kamara and Mark Ingram on Monday night.

Saints QB Taysom Hill has Mallet Finger, according to NFL Network's Ian Rapoport. If that sounds familiar, it's because it's the same injury that cost Seahawks QB Russell Wilson a month earlier this year. And Wilson hasn't looked the same since returning from that Week 5 injury. Hill's injury "may necessitate surgery at some point," per Rapoport. It sounds like Hill's injury might not be as severe as Wilson's, but it's certainly a major concern going forward. New Orleans might be forced to go back to QB Trevor Siemian. Stay tuned.

Saints HC Sean Payton said "we'll see" when asked who will start at QB against the Cowboys on Thursday night. QB Taysom Hill (foot) has been a full-go in practice this week, but Payton still wants to see how his foot is feeling on Wednesday. Hill should be rostered in most fantasy leagues and will be a borderline QB1 if he gets the start on Thursday. We'll keep you updated on the situation.

Saints QB Taysom Hill took 1st-team reps in Monday's practice, ahead of QB Trevor Siemian, according to NFL Network's Ian Rapoport. "The Saints appear poised to make a QB change," Rapoport adds. Siemian has racked up some numbers in garbage time over the last 4 weeks but has been largely underwhelming and failed to secure a win. Hill is probably an upgrade as a passer and, of course, adds a ton of value with his legs. On the fantasy side, Hill finished as a top 13 scorer in all 4 of his starts last season, averaging 52.3 yards and 1 TD on the ground per game. He'll be in the Week 13 QB1 mix if he's confirmed as New Orleans' starter.

Trevor Siemian, QB CHI There is no dynasty data for this player.