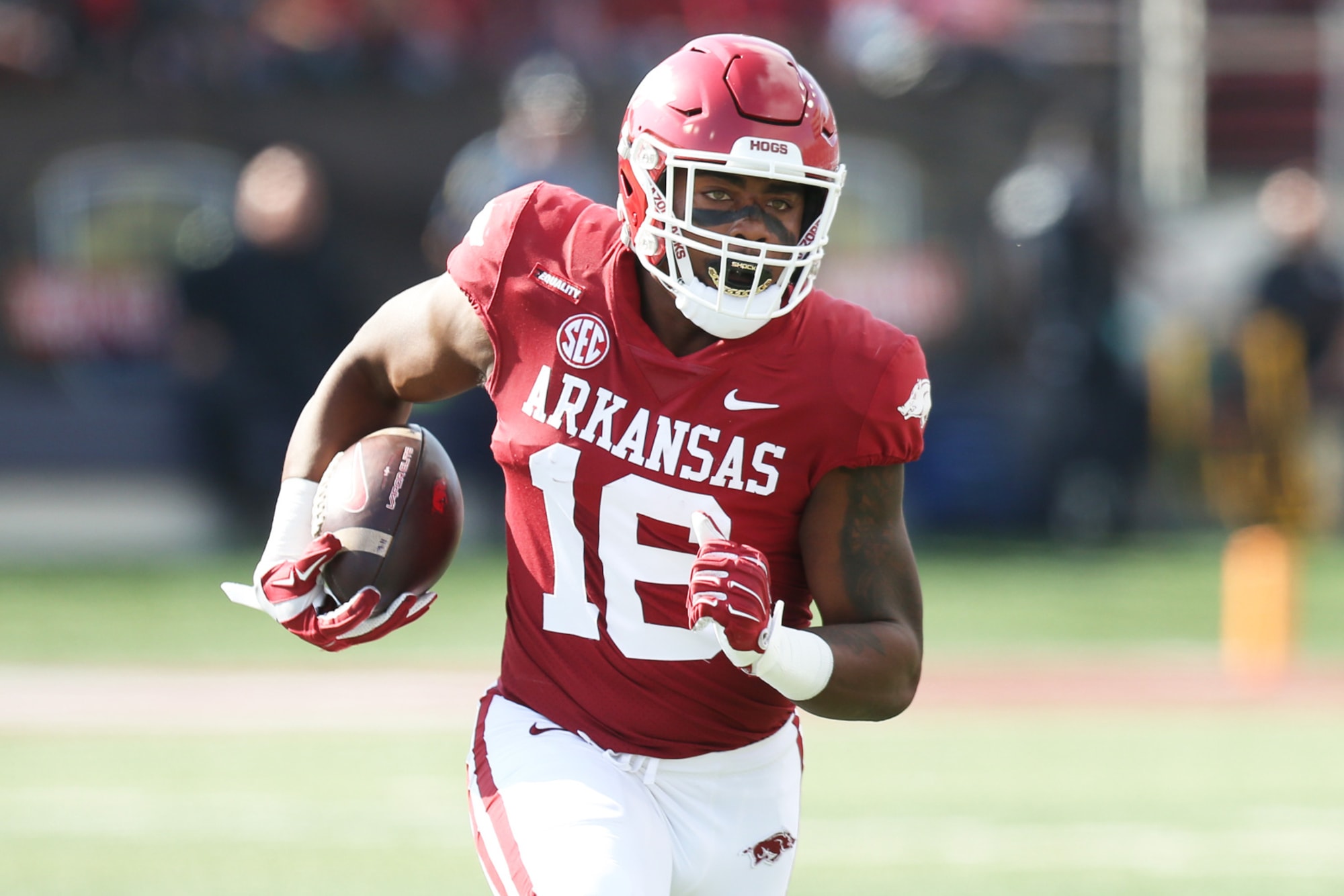 The Titans used the 18th overall pick that they acquired in the A.J. Brown trade to add Arkansas WR Treylon Burks. Burks boasts an awesome college production profile. He led the Razorbacks in receiving yards as a true freshman, hogged 43% of the team’s receiving yards and 50% of the TDs as a sophomore and posted a career-best 66-1,104-11 line this past year. The 6’2, 225-pounder fell short of expectations at the Combine, but a 4.55-second 40 time and a 58th percentile Relative Athletic Score certainly isn’t a knock against him. We actually thought Burks played quite a bit faster on tape. He has the size, body control and catch radius to do damage deep. And he’s a big-time weapon after the catch with his tackle-shedding ability. A lot of his college production was schemed. And Burks has work to do in the route-running department. But his downfield and after-catch skills should translate. Burks spent most of his time at Arkansas in the slot but kicked outside for 32% of his routes last year and was good there. He has the potential to win from any receiver spot in the NFL. He’s actually drawn some comparisons to A.J. Brown. Burks should win a top 2 WR spot this season alongside Robert Woods.