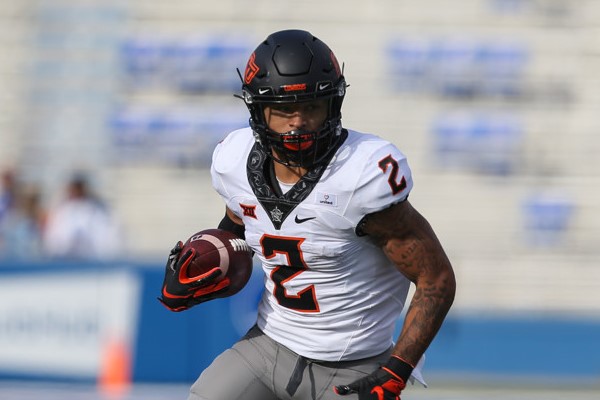 Mark Andrews has his spot. Rashod Bateman clearly leads the fight for WR targets going forward. Beyond that, we should be looking at fairly open competition for roles in the 2022 Baltimore passing game. We’ll see whether Wallace can push his way into view.

Ravens WR Demarcus Robinson (groin) is listed as questionable for Monday night's game vs. the Saints. He was added to the injury report on Friday and did not practice on Saturday, so he seems truly iffy for this one. Robinson tallied season highs with 8 targets, 6 catches and 64 yards last week but wasn't a bankable Week 9 fantasy play even before this injury. His absence would leave the Ravens with WRs Devin Duvernay, James Proche, Tylan Wallace and DeSean Jackson, who's expected to make his debut in this one.

Three days after getting dumped by the Raiders, WR Demarcus Robinson has signed with the Ravens. It's obviously not a good look that Robinson couldn't crack a thin Vegas WR corps. But Baltimore's WR room is even weaker. Robinson will duke it out with James Proche, Devin Duvernay and Tylan Wallace for snaps behind WR Rashod Bateman. We'll keep an eye on Robinson but wouldn't spend a roster spot on him in any redraft or best-ball leagues.

Jeff Zrebiec of The Athletic believes WR Tylan Wallace has been a training camp disappointment. He’s reportedly dropped several passes while struggling to separate from Baltimore’s reserve DBs. Per Zrebiec, the team “likely” views the 2nd-year man as the #4 WR. Once considered a sleeper following the Marquise Brown trade, Wallace is currently off the fantasy radar in all formats.

The Ravens selected WR Tylan Wallace in Round 4 of the 2021 NFL Draft. Wallace has 1 of the strongest production profiles in this year’s WR class. He posted a huge 86-1,491-12 line as a true sophomore in 2018, accounting for 37% of Oklahoma State’s receiving yards and 36% of the TDs. He was on a similar pace through the first 8 games of 2019, averaging 6.6 catches, 113 yards and 1 TD per contest. But Wallace tore his right ACL in practice that October. He was ready for the start of last season and was productive again, averaging 5.9 catches, 92 yards and .6 TDs per game. The concerns? Wallace is on the small side at 5’11, 194 pounds with below-average athleticism. That’s more concerning since he did a lot of his damage in college in contested situations. He probably won’t be as effective in that department in the NFL. And he’s just a mediocre route runner. Then there’s the ACL. Wallace has the 1 tear behind him -- and his twin brother has torn his ACL 3 times. It makes Wallace genetically more likely to suffer another ACL injury in the future. He joins a run-heavy Baltimore offense that boasts Marquise Brown, Mark Andrews and Round 1 pick Rashod Bateman. Wallace is certainly a long-shot for year 1 fantasy value.