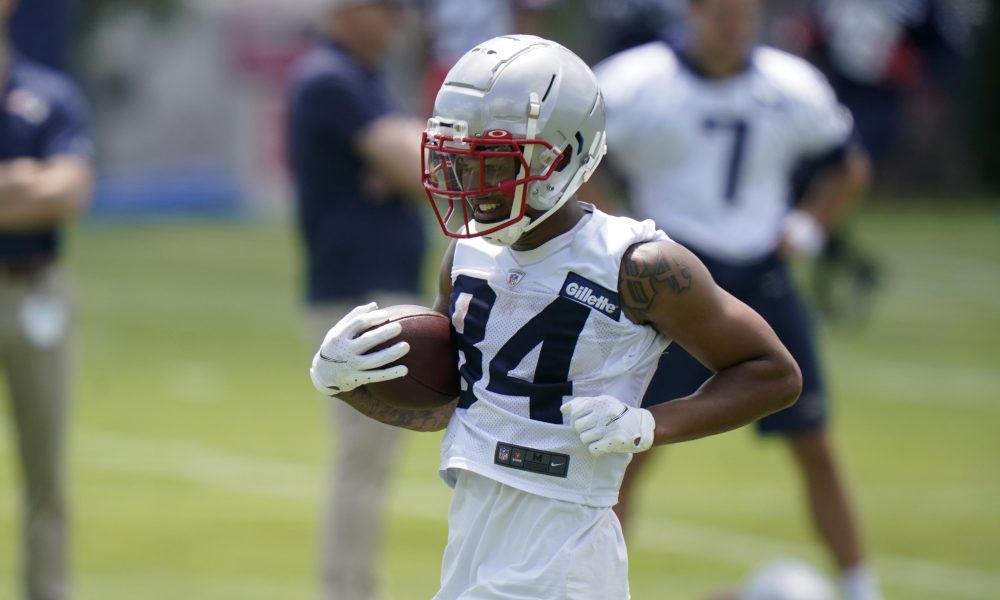 An undrafted fantasy pick last year, Bourne turned out to be surprisingly useful. He set or matched career highs across the board as a 1st-year Patriot.

This year, following the departure of OC Josh McDaniels, New England will break in a new play-caller. The Pats also have a deeper group of pass catchers after adding DeVante Parker and rookie Tyquan Thornton.

It all adds up to greater uncertainty for Bourne — and a likely downturn in production. Aim for more upside in the later rounds.

Patriots WR Kendrick Bourne has cleared the league COVID protocol and will be available for Sunday's game against the Bills. It's still a negative matchup for his fantasy outlook, though. We wouldn't be looking to use Bourne in fantasy football lineups unless you need to.

Patriots WR Nelson Agholor (concussion) is out for Sunday's game vs. the Bills. WR Kendrick Bourne remains on the COVID list and is unlikely to play this weekend. WR N'Keal Harry (hip) is listed as questionable after a limited week of practice. He figures to start if he's able to play on Sunday. But WR Jakobi Meyers and TE Hunter Henry will likely be the focal points of New England's passing game.

Patriots WR Kendrick Bourne has been placed on the COVID list, putting him in jeopardy of missing Sunday's game vs. the Bills. WR Nelson Agholor is also iffy for that one after sustaining a concussion in Saturday night's loss to the Colts. N'Keal Harry would be left as New England's #2 WR if Bourne and Agholor miss Sunday's game.

Patriots WR Nelson Agholor (ankle) did not practice on Thursday. That comes after a limited workout on Wednesday. So he appears to be in real danger of missing this weekend's opener against the Dolphins. Agholor's absence would vault Kendrick Bourne into the #2 WR role behind #1 Jakobi Meyers.