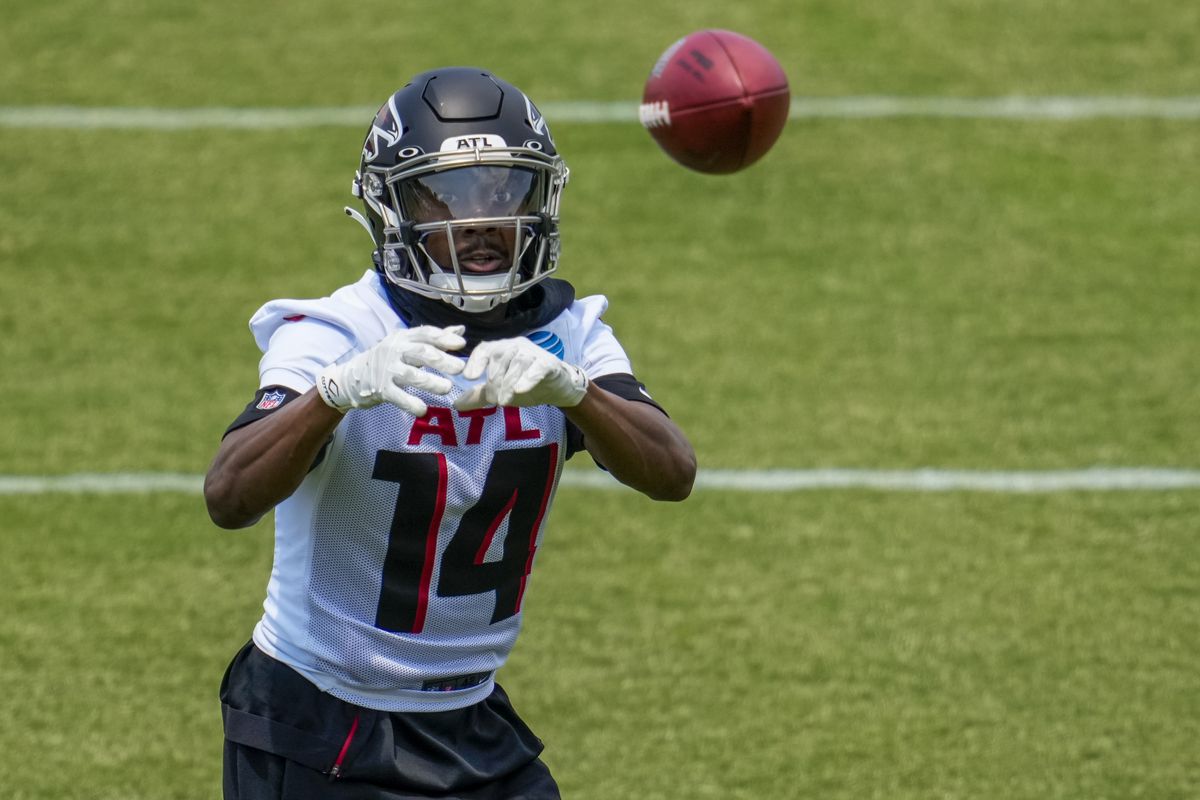 The opportunity upside for Gage is obvious. He steps into the offense that led the league in pass attempts by 56 (3.3 per game). Antonio Brown’s unique departure left target share available, and Chris Godwin’s knee recovery leaves further upside in that area. New Bucs HC Todd Bowles has said Gage can play multiple spots, which will help him fit with whomever’s in the lineup. And QB Tom Brady still proved deadly efficient in his age-44 campaign. With a WR4-level price tag, it’s not hard to fit Gage onto some PPR rosters. He cracked the top 40 in total PPR points each of the past 2 years.

New Buccaneers WR Russell Gage has missed OTAs and minicamp will dealing with an injury that Pewter Report describes as "minor" and "unknown." QB Tom Brady says the team needs him to get on the field as soon as possible. “[He needs] a lot of work,” Brady said Thursday. “He has to have a big year. We signed him to a contract and he has to come in and do a great job. From the time I spent with him, I really enjoyed it. He’s got a great opportunity. That is very important role." Gage faces enviable opportunity, especially with WR Chris Godwin coming off a December ACL tear. We'll monitor the injury situation but don't expect it to affect his training-camp readiness. Gage reportedly has gotten some pre-practice work in with Brady already.

Joey Knight of The Tampa Bay Times writes that WR Russell Gage could enter Week 1 with a “prominent role.” It’s a reminder that Chris Godwin — who tore his ACL in December — might miss the early portion of next season. Gage has quietly pulled in 138 receptions across 2020-2021 (30 games).

Former Falcons WR Russell Gage is expected to sign with the Buccaneers, according to multiple reports. That ensures Atlanta will lose its 2nd leading receiving from last year and likely delivers Tampa Bay's new slot man. Gage went from running out of the slot on two-thirds of his routes each of the previous 2 seasons to just half the time last year. WR Chris Godwin, meanwhile, has seen his slot rate grow every season. According to Pro Football Focus, he spent 70% of pass snaps in the slot last year. So we'll see whether the Gage signing pushes Godwin back outside or injects Gage into Antonio Brown's spot (about 21% slot). That could depend, in part, on whether Godwin's torn ACL allows him to start the 2022 season on time. Either way, Gage's arrival challenges the target-share ceilings for Godwin and Mike Evans vs. what they might have been with Brown gone and a lesser replacement.

Falcons WR Calvin Ridley is INACTIVE for today's game vs. the Panthers due to a personal matter. He also missed Week 5 for the same reason. Ridley's absence leaves Atlanta with WRs Russell Gage, Olamide Zaccheaus and Tajae Sharpe atop the depth chart. TE Kyle Pitts and RB Cordarrelle Patterson should also play even bigger roles in the passing game.

Gage back for Week 7

Falcons WR Russell Gage (ankle) put in a full week of practice and isn’t listed on the final injury report. He’ll be back for Sunday’s game vs. the Dolphins but would be a desperation fantasy play.