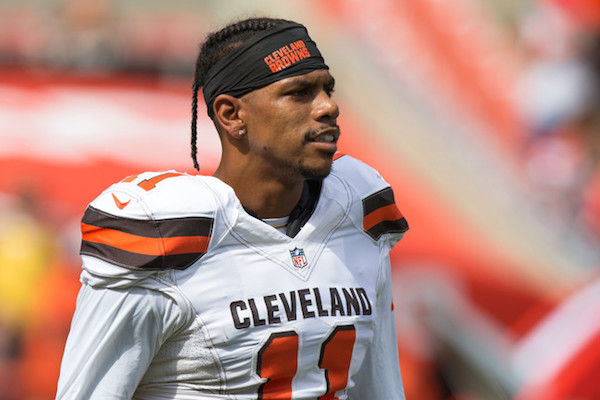 The Jaguars have signed WR Terrelle Pryor. In 2 years since his 1,007-yard 2016 campaign, Pryor has totaled just 492 yards across 3 different teams. Turning 30 in June, he's running out of time to rebound. Pryor is far from a lock to make Jacksonville's final roster, but it's also not out of the realm of possibility that he carves out a role in a mostly unsettled WR corps.

The Bills are set to sign WR Terrelle Pryor, ESPN's Josina Anderson reports. Pryor was cut by the Jets after hurting his groin a couple of weeks ago. He flashed a couple of times this season, with lines of 4-84 and 5-57-1. A healthy Pryor should quickly carve out a significant role in Buffalo, but he won't be a fantasy option in the league's worst passing game.

ESPN's Adam Schefter reports that the Jets are releasing WR Terrelle Pryor today. Pryor reportedly has a tear in his groin that's expected to keep him out for 2 weeks. Schefter says the team will be interested in bringing him back once he's healthy. We'll see if other teams keep that from happening in the meantime.

Jets WR Terrelle Pryor (groin) is listed as doubtful for this weekend’s game against the Vikings. He shouldn’t be in fantasy lineups. WR Robby Anderson (hamstring) isn’t on the final injury report after putting in full practices on Thursday and Friday. Likely to see a bunch of CB Xavier Rhodes on Sunday, Anderson is a risky fantasy play. WR Quincy Enunwa is out with his high-ankle sprain.

Terrelle Pryor, WR UNS There is no dynasty data for this player.