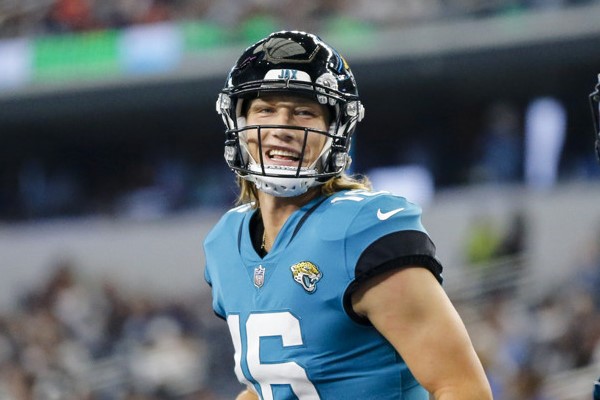 The top pick in the ’21 draft, Lawrence stunk as a rookie and completely fell off the fantasy map.

While the overall talent on offense isn’t great, we see it as enough to get Lawrence much closer -- and possibly into -- QB1 range. He’s a breakout candidate we're targeting at cost (QB19).

Jaguars QB Trevor Lawrence looks better now than he did a year ago at this time, according to Sports Illustrated's John Shipley. Lawrence "looks more decisive and sure of himself when it comes to delivering the ball, especially in tight windows," Shipley observed. Lawrence is coming off a disappointing rookie season. But we're expecting a big year-2 leap under a new coaching staff and with an improved group of pass-catchers. He's a value in early best-ball drafts, going in Round 10 at FFPC and Round 13 at Underdog.

The Jaguars fired HC Urban Meyer. He didn't even last a year in Jacksonville. Meyer's performance was embarrassing both on and off the field. Darrell Bevell -- who has 15 years of experience as an OC -- will take over as interim HC. Meyer's departure can only be good news for Jacksonville's offense, although we still wouldn't go too crazy investing in Jaguars down the stretch.

Lawrence was dealt a tough hand as a rookie, with D.J. Chark playing only 3 games and HC Urban Meyer proving to be a certifiable disaster. But remember that Lawrence profiled as a truly elite prospect coming out of the ’21 draft. He’s a nice “buy-low” ahead of year 2.