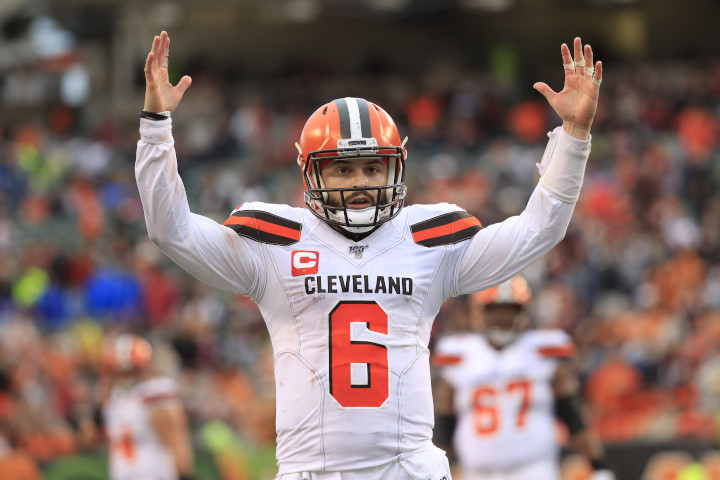 Finding a top-5 QB late in your draft is a fantasy football cheat code. Just ask anyone who in 2019 drafted Lamar Jackson, who helped 41% of his teams advance to the finals that year.

Of course, values like Lamar Jackson are rare. But, on average, we tend to see about 1 per season.

Over the past 10 years, there were 11 QBs drafted outside the top 12 at the position that went on to finish top 5:

Who are the most likely league-winning QBs this season? To help us pinpoint the right guys, I looked at how those 11 QBs who did it over the previous 10 years fared in the following categories:

Here’s what I found in each category …

The league-winning QBs were overwhelmingly early picks in the NFL Draft. Seven of the 11 were top-11 picks. And only 2 -- Cousins and Prescott -- were selected outside the top 35.

This was kinda all or nothing. Five of the 11 league-winners were in their 1st, 2nd or 3rd NFL season. But another 4 of them were in season 9+.

Not surprisingly, big pass volume fueled a lot of our league winners. Seven of the 11 finished among the top 8 in pass attempts. Only 2 -- Jackson and 2016 Ryan -- ranked lower than 13th.

The league winners generally had above-average passing TD rates. Nine of the 11 threw a TD on 5+% of their attempts, with 4 of them posting TD rates of 6.5+%.

This was not nearly as important to the league winners as I thought it’d be. Only Jackson (176-1206-7) and Newton (126-706-14) turned in truly massive rushing seasons. Otherwise, only 1 other league-winner topped 277 rushing yards. Six of the 11 finished with fewer than 200 rushing yards.

Eight of our 11 league winners played on teams that ranked top 9 in Football Outsiders’ offensive DVOA.

Add it all up and our league-winning QB profile looks something like this:

So which QBs outside the top 12 in current ADP check the most of these boxes?

Burrow was going well inside the top 12 QBs for most of the offseason. But he’s sunk to QB13 in recent FFPC ADP. He fits a bunch of our league-winner criteria.

Burrow was the 1st overall pick of his draft and is entering his 2nd NFL season. We project him to finish 10th in pass attempts after he averaged 41.1 passes in 9 full games last year. He scored on just 3.2% of his passes last year but is capable of posting a high TD rate with WRs Tee Higgins, Ja’Marr Chase and Tyler Boyd at his disposal.

The only ingredient missing here is strength of offense. Based on our study of 2021 implied point totals, Vegas expects the Bengals to be the league’s 5th lowest scoring team. Burrow will need his team to be much better than that to crack the top 5 at his position -- but it’s certainly possible considering the skill-position talent in Cincinnati.

Lawrence checks boxes as a #1 overall pick who’s early in his career. (Although it’s worth noting that only 1 of our 11 league-winning QBs was a rookie.) We also project him to finish 9th in pass attempts.

Like Burrow, strength of offense is missing for Lawrence, with Jacksonville sitting just 24th in implied Vegas totals. But with a strong trio of WRs and RB Travis Etienne, the Jaguars offense could easily exceed expectations if Lawrence is the next young, stud QB.

Big rushing upside isn’t a prerequisite for league-winning QBs -- but the fact that Lance could immediately be 1 of the top running QBs in fantasy football certainly doesn’t hurt. And he has plenty more going for him.

He’s a #3 overall pick heading into year 1. Kyle Shanahan’s 49ers have posted a TD rate of 4.9% or better in 2 of the past 3 years (despite some shoddy QB play). And this year’s 49ers are implied for the 10th most points.

Like fellow rookie Lance, rushing ability figures to boost Fields’ fantasy value right away. And we project him to rank 8th in pass attempts per game.

The only thing missing from his profile is strength of offense, with Vegas projecting the Bears to be the league’s 4th lowest scoring team. Chicago has finished bottom 12 in scoring in all 3 of HC Matt Nagy’s seasons. But Nagy hasn’t had a QB as talented as Fields. The rookie has the potential to boost the Bears offense into at least the top half of the league in scoring. He might be the highest-upside pick at the position at his QB22 ADP.

Wentz puts a big check mark in the strength-of-offense box. Vegas has the Colts implied for the 4th-most points. Wentz is also a former 2nd overall pick and has posted a TD rate north of 5% in 2 of 5 NFL seasons.

All that’s really missing here is projected volume. The Colts have been a run-leaning offense the past 2 seasons, so we currently project Wentz to rank just 16th in pass attempts. But Indianapolis finished 2nd in pass attempts back in 2018 with HC Frank Reich and QB Andrew Luck. If the Colts even approach that territory this year, Wentz could pay off big at his QB17 ADP.

If that continues, Mayfield could crush his QB19 ADP. He’s a former #1 overall pick entering his 4th season and has already posted a 5+% TD rate twice. Plus, implied totals have the Browns projected to be the league’s 7th highest scoring team.

Ryan is the only player to appear twice on our list of 11 league-winning QBs over the past 10 seasons. Could he do it again in 2021?

I’m not particularly high on him after the departure of Julio Jones. But he does check some of the criteria we’re looking for. Ryan was the 3rd overall pick of his draft and is late in his career. We’re projecting Atlanta to run it more under new HC Arthur Smith but still have Ryan pegged to throw the 4th most passes. He’s proven capable of posting high TD rates, topping 5% 4 times among 13 NFL seasons. Vegas has the Falcons implied for the 16th most points, so Ryan falls just short of what we’re looking for there.