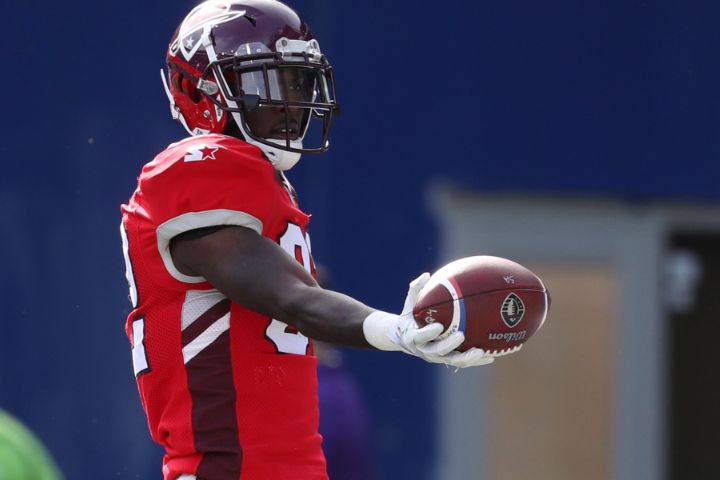 With the Super Bowl behind us, it’s now officially XFL season. We even have pricing available now on both DraftKings and FanDuel.

DK is sticking with the same structure you’ll know from NFL games. FD, however, has shifted from similar salaries in the range of $4,500 to $10,000 to Yahoo-style salaries in the $13-$21 range. For some reason.

In both cases, this opening weekend of play will find all of us guessing to at least some degree. That presents an obvious challenge to us fantasy players. But it also means opportunity if you know a bit more about the players, the coaches and the situations involved.

That’s why I’m bothering with this series, to try to help give you a season-opening edge. And this team preview takes us past the midway point.

New York fans should recognize the guy in charge of this new offense. HC/OC Kevin Gilbride last surfaced as OC of the Giants from 2007 through 2013 … and the team’s QBs coach for the 3 seasons before that. That was far from Gilbride’s only NFL experience, though.

Before his Giants run, Gilbride also spent 2 years as Buffalo’s OC, 2 as Pittsburgh’s OC, 2 as head man for the Chargers, 2 as OC of the Jaguars and 5 as OC for the Houston Oilers back before they moved to Nashville.

Overall, Gilbride looks like a coach willing to mold his system around the available talent.

Of his 20 NFL offenses across those 6 stops, 12 ranked higher in the league in total pass attempts than rushing attempts -- with many of his early offenses leaning heavily toward the pass. Gilbride’s 1st four groups each led the league in pass attempts while ranking 24th or lower in rushes, with Warren Moon and his famous crew of wideouts leading the way. Gilbride had 6 other offenses with 4 different teams rank among the league’s top 10 in pass attempts.

His Giants offenses proved much more balanced. Gilbride arrived as QBs coach in 2004, Eli Manning’s rookie season. He took over as OC in 2007. None of his first 4 Giants offenses ranked higher than 17th in the league in pass attempts. All 4, meanwhile, ranked 13th or higher in rushing attempts -- including 3 seasons among the league’s top 8.

But then each of Gilbride’s final 3 Giants years found the team ranking higher in passes than rushes, with WRs Victor Cruz and Hakeem Nicks leading the charge. Those Giants seasons also found a mix of passing-game involvement from RBs such as Ahmad Bradshaw and Danny Ware to TEs such as Jeremy Shockey and Kevin Boss.

Gilbride might need to be creative with his Guardians, who lost 2 of the 1st 3 pass-catchers they drafted to IR before their 1st season even began.

This looks like probably the early favorite for worst roster in the XFL.

This position would probably be more interesting if former UNC dual-threat QB Marquise Williams had won the job, but McGloin brings a solid background. He averaged 7.2 yards per pass attempt at 57.5% completions across 3 seasons as Penn State’s starter, with 46 TD passes vs. 19 INTs. That wasn’t enough to get him drafted, but McGloin did catch on with the Raiders as an undrafted free agent in 2013. He started 6 games after the Terrelle Pryor experiment and wasn’t awful (8 TDs, 8 INTs).

McGloin spent 3 more years with the Raiders but has since had merely cups of coffee with the Eagles, Texans and Chiefs.

McGloin adds nothing as a runner, and it doesn’t look like he’ll gain upside from his Guardians teammates.

Tim Cook looks like the presumptive starter, based on anything I’ve read and his draft position. But Stockton looks like the best bet to actually return value.

The 248-pound Cook managed just 30 career carries and 2 receptions over 2 seasons at Oregon State. His size does combine with his 4.69-second 40 time to give him the best speed score among the team’s RBs, at least. Cook also averaged a nice 4.9 yards per carry in the AAF last spring, while garnering just 56 attempts because he shared a backfield with AAF leading rusher Jhurell Pressley.

Stockton, however, averaged 5.4 yards per rush out of the same backfield and trailed Cook by a mere 13 attempts. He also tallied 6 receptions to Cook’s 2. More importantly, Stockton collected 294 carries and 82 receptions across 4 seasons at Texas Tech. He averaged 5.8 yards per rush and 10.6 per catch, easily beating his Guardians teammates in both categories for their respective college careers. No other N.Y. RB topped 34 receptions in college.

At 4.50 seconds, Stockton also arrives as the fastest of the Guardians’ RBs. And his 5’9, 200-pound frame shouldn’t prove too tiny to take on more work.

The Guardians drafted 4 wideouts in the 10-round skill-position draft. McKay is the only 1 who made it to the regular-season roster. He stands out pretty easily as the most intriguing member of a largely unaccomplished group.

McKay opened his career with a 21-catch season at Arkansas before transferring to Cincinnati for his final 3. His best line came in his 2014 junior campaign: 44-725-8. The 6’5, 201-pounder, though, averaged 18.8 yards per catch for his college career. He kept that going in the AAF last spring, averaging 17.1 yards per catch over 22 receptions.

McKay looks like the best bet to lead the Guardians in receiving. You'll have to pay up for him, though. At $9,900 in DraftKings salary for Week 1, McKay is the 4th most expensive player at any position (2nd behind Rashad Ross at WR).

Bowling Green alum Teo Redding should start opposite McKay. He caught 94 balls in 3 college seasons, topping out with a 45-624-8 line as a senior. Redding’s 4.51-second 40 time leads Guardians wideouts. At 6’2, he’s also 2nd tallest in the group behind McKay.

The uninspiring groups at both RB and WR leave room for TE to play a significant receiving role, and Bibbs looks like the top early bet. According to XFL News Hub, “the coaching staff has raved over his athleticism” since making Bibbs the team’s 1st TE pick and 6th overall pick in the skill-position draft. That seems a little surprising, given that Bibbs ran just a 4.93-second 40 and generated a 22nd-percentile SPARQ score among TEs before the 2015 draft. But he did catch 84 balls over 2 seasons at Iowa State.