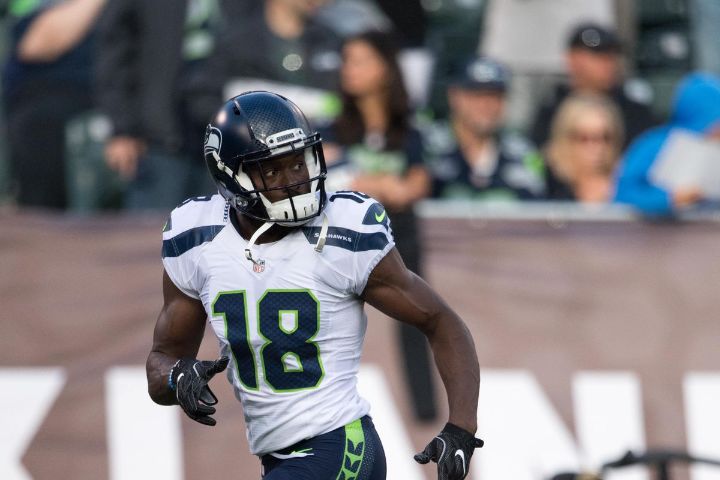 What can you say about the next Jim Zorn team besides, “Hip hip … Hooray!”

The 1-time (briefly) Washington coach went just 12-20 in 2 seasons at the helm near the nation’s capital. Otherwise, his NFL experience included 13 years as QBs coach for the Lions, Seahawks, Ravens and Chiefs, following 1 as an offensive assistant in Seattle. Zorn’s only OC experience came at Utah State way back in 1992-94.

He’ll lead a Dragons team with a QB you probably don’t know, a backfield you should get to know and a pass-catching corps whose best-known entity might just be a TE who didn’t even make the regular-season roster.

Given that Zorn hasn’t spent much time running offenses at any level, let’s look to OC Mike Riley. He’s spent a lot more time doing so.

Riley became assistant HC/OC/QBs coach at USC back in 1993. He spent 4 seasons in that role before taking over the head job at Oregon State. Riley fared so well over 2 seasons with the Beavers, that the Chargers made him HC in 1999. Three tough years in to the pros, though, sent Riley back to Oregon State in 2003. He spent another 12 seasons running the Beavers program, and then 3 more as the head man at Nebraska.

Overall, Riley’s play numbers make his offenses look “balanced,” which actually would mean run-leaning by current NFL standards. His 24 offenses have produced medians of 36.8 passes per game and 34.2 rushes. Look at it year by year, though, and you see a coach who appears willing to adjust to his personnel.

Riley’s 3 Chargers offenses finished 5th, 6th and 13th in the NFL in pass attempts. But it’s important to note that they went a collective 14-34, with 8 of those wins coming in his debut season. Riley’s final year in San Diego was also the 1st for LaDainian Tomlinson. The Chargers ranked 18th in the NFL in rushing attempts that year (despite a 5-11 record), 5 spots higher than Riley’s 8-8 squad of 1999 and 10 spots higher than the 2000 team.

Back at Oregon State, Riley’s pass-run splits varied by year -- though he leaned more toward the pass overall than he had in his 1st college stint. Riley’s Derek Anderson teams threw more that his ensuing offenses. But he also coached years of more than 40 pass attempts per game with Matt Moore and Sean Mannion at QB. Anderson, Moore and Mannion, of course, all went on to play in the NFL.

It doesn’t take long to figure out why Seattle faces the longest betting odds to win the new league’s 1st title. Beyond Zorn, the roster features … let’s say, a bunch of question marks.

Silvers managed to hold off B.J. Daniels for the starting gig after his assignment to Seattle. He doesn’t present a whole lot to get excited about, though. Silvers had a decent career at Troy: 64.4% completions, 7.1 yards per attempt, 71 TDs to 29 INTs across 4 starting seasons. He topped out at 23 TD passes as a junior but added 16 career rushing scores. The 6’3, 224-pounder is not a runner, though, as evidenced by his 1.8 yards per rush career in college and 5.11-second 40 time.

Beyond college, Silvers got an invite to Saints rookie camp in 2018 but left without a contract. He spent another month with the Jets after playing in the AAF. In that short-lived league, Silvers opened behind Christian Hackenberg and Zach Mettenberger on the depth chart, eventually splitting time with Johnny Manziel, and finally starting 2 games after Manziel got hurt.

Frankly, Seattle’s QB spot would probably get more enticing if Silvers gets demoted or injured. Daniels, at least, rushed for 2,066 yards as a 4-year starter at South Florida, landed in Round 7 of the 2013 draft and then bounced around the NFL for a while (without settling into a single position).

Expect this to be a RB-driven team. First hint: Seattle’s decision 2 spend its top 2 skill-position picks on RBs. Kenneth Farrow’s name is probably more familiar to you, because he carried 60 times for 192 yards and added 13 catches for the 2016 Chargers. Farrow hasn’t done much since, though. Before that, Farrow carried 186 and 185 times in his final 2 seasons at University of Houston. Even there, though, he trailed QB Greg Ward (now a WR with the Eagles) in rushing attempts both years.

Farrow did run ahead of Williams in the San Antonio Commanders backfield in the AAF last year. His 372 rushing yards and 106 carries each ranked 2nd in the league. Yet Williams averaged 5.1 yards per rush to Farrow’s 3.5 and earned the better rushing grade between the 2 from Pro Football Focus. Seattle’s selection of Williams ahead of Farrow suggests that the Dragons view the smaller back as the more important (and less replaceable) weapon.

We’ll see just how much work Williams can garner, though. He totaled only 81 carries ahd 16 receptions over 3 seasons at Texas A&M. Williams did most of his damage as a kick returner, averaging 24.1 yards per return for his career. He racked up more kick-return yardage than offensive yards in each of his 1st 2 seasons. Williams then declared for the 2015 draft after his junior year, went undrafted and amassed just 2 regular-season touches through stints with Washington, New England, Miami, Indianapolis, Pittsburgh and Dallas (twice).

The later addition to Seattle’s backfield was Ja’Quan Gardner, who dominated at Division II Humboldt State. Gardner set conference records for career rushing yards (5,495) and TDs (72) and single-game yardage (446). His monster sophomore year produced 188.8 rushing yards per game. For his college career, Gardner’s workload (877 carries, 81 receptions) easily beat those of his new backfield mates. And he delivered 6.2 yards per rush and 9.5 per catch

Expect all 3 RBs to be involved for the Dragons.

The Dragons picked 2 NFL-drafted TEs in their skill-position draft, but only Rodriguez made the regular-season roster. A 4th-round pick of the Bears, he flashed 4.53 speed at the 2012 Combine and then appeared in 12 games for Chicago. But Rodriguez didn’t make it to his 2nd season with the Bears. He did go on to spend time with the Bills, Dolphins and Buccaneers. Now that he’s 31, we’ll see what Rodriguez has left.

He’s 1 of FIVE players at the position on Seattle’s season-opening roster. That screams lack of clarity, so don’t over-commit to any Dragons TE. Connor Hamlett is worth highlighting, though. He stands 6’7 and caught 104 passes in 3 seasons at Oregon State ... under Dragons OC Mike Riley.

Williams flashed at times with the Seahawks over 3 summers and seemed like he might make the 2017 roster after going 9-208-1 receiving that preseason. But he stands with just 10 career NFL catches to date, 9 of those for the 2017 Browns.

Williams also started his college career strong, with 113 receptions over his 1st 2 years at Washington. That gave way to just 49 over his final 2 campaigns, however, thanks in part to a broken fibula that cut short his junior year. Washington switched coaches before Williams’ senior season.

With Seattle, who looks like the best early bet amid a questionable receiving crew. Most seem to expect Keenan Reynolds to join Williams in the starting lineup. That’s intriguing because of Reynolds’ productive history, but his numbers came as an option QB at Navy. Reynolds finished college with NCAA records for TDs (88) and rushing yards by a QB (4,559). But he has caught 1 total pass between college and the NFL. It’s quite possible that Seattle plans return work and gimmickry rather than a true WR role as Reynolds’ primary responsibility.